Clear All
Download Citations
Page:12
Towards a new diplomatic history of transatlantic relations
Abstract only
America, Europe, and the crises of the 1970s
Ariane Leendertz

In the twenty-first century, transatlantic relations no longer enjoy the prominence they had in both the foreign policies of the United States and of many Western European countries, as well as in the history of international relations during the second half of the twentieth century. Yet, transatlantic relations remain a focus of study by historians and political scientists, as America and the European Union still are, economically and politically (and, in the American case, militarily), two of the most powerful actors in international

Union. But it also created uncertainties affecting transatlantic relations, international affairs and the future of the West more generally. As the first of two 2016 quakes that rattled the West, Brexit reflected perhaps the growing power of populist sentiment and rejection of globalism and distance regulation/governance. Brexit turned out to be a warning that neither traditional assumptions nor professional opinion polls could be completely trusted in this new era. Applauded by Vladimir Putin, neo-nationalist and populist politicians in Europe, including France

governments remain important agents in this field of study, transatlantic scholars recognized the roles non-governmental actors play in transatlantic relations. ‘Historians of international relations … had’, as Akira Iriye reminds us, ‘virtually ignored’ the activities of non-governmental organizations. 30 Yet, the activities of non-governmental associations such as Greenpeace reminded scholars that there were powers outside the realm of traditional state authority. Gienow-Hecht observed: Aware of the crucial role played by

these developments ‘marked a watershed in transatlantic relations’. 1 Some scholars have since argued for ‘a new and constructive Transatlantic Bargain for the twenty-first-century’. 2 Against this background and as we consign the twentieth century to history (chapter 2), 3 while major shifts ripple through global politics, how do we as academics assess the Atlantic World? It is time to critically reconsider the concept of the Atlantic World and the field of Transatlantic Studies. The birth of a

. […] Notwithstanding this draft on its resources, it at present holds perhaps a higher position in the country than it ever occupied before. In common with other denominations its population has of late declined; but its ministers and congregations since the beginning of the century have more than doubled’.16 Like Catholic clergy, Presbyterians could therefore identify significant ways in which, despite its losses, their church had profited by emigration. Not least of these was the fostering of transatlantic relations which had been so important in initiating the transformative 1859 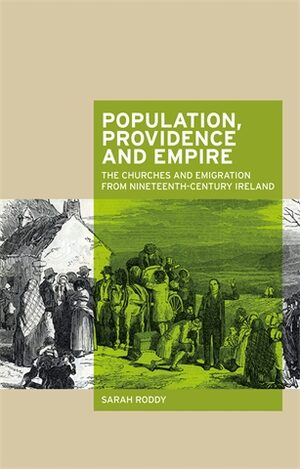 at Europe, and that desire resonated throughout transatlantic relations – and the rest of the world – through the century. 7 The focus on the twentieth century differs from the acknowledged subject-area of Atlantic Studies, which examines the interchanges of the era of the great revolutions and the slave trade, and peters out some time in the early 1800s. 8 What sets this transatlantic era apart is the scale and depth of US–European interactions, ranging from large-scale migration, to the transfer of political causes and scientific

Community (EEC) to disagreements over transatlantic relations, Cold War alliances and the Concorde Project, intensified this enduring Anglo-French mésentente (Young 2006: 165–8). In 1967, when De Gaulle rejected Britain’s application for membership of the EEC for the second time, these tensions increased exponentially. The outbreak of the Nigerian Civil War in the same year, in which France supported the Biafran separatists in their struggle against the British-backed Nigerian Federal Government, further exacerbated Anglo-French hostility (Warson 2009). Understood within