ha-Levi was deeply impressed by the quality and religious devotion of those Christians who decided to convert to Judaism. He describes with great emotion a certain proselyte, ‘R. Abraham son of Abraham,’ who underwent the transition from Christianity to Judaism in Speyer, then went to his own city (evidently Goldin, Apostasy and Jewish identity.indd 104 20/08/2014 12:34:47 Converts to Judaism 105 Cologne), where he lived with the local Jews for a considerable period of time and learned the way of life of the Jews, the Hebrew language, and the Jewish Scriptures 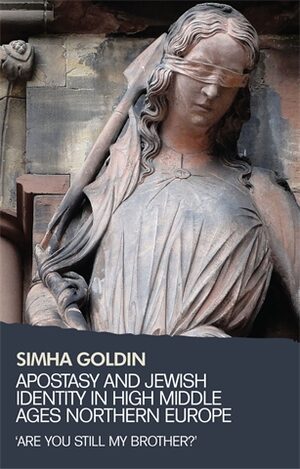 earliest days, Christianity perceived itself as the sequel to and heir of Judaism, and as negating the need for it. Moreover, the promise that the Jews would eventually acknowledge the truth of Christianity and become Christians was already embedded in the Christian Scriptures in the words of Paul, ‘A remnant shall be saved’ (Romans 9:27), Goldin, Apostasy and Jewish identity.indd 1 20/08/2014 12:34:41 2 Apostasy and Jewish identity creating an ongoing missionary tension between Christians and Jews. In a period during which the ability of a given religion to recruit

had converted in the wake of the influence of a certain nobleman had descended to abject poverty. Innocent analyzes the problem Goldin, Apostasy and Jewish identity.indd 69 20/08/2014 12:34:45 70 Apostasy and Jewish identity with great clarity. He first emphasizes the theological importance of Jewish conversion to Christianity. The more the people afflicted by Jewish blindness attend to the superficial meaning of Divine Scriptures and fail to understand the quintessence of purity which these spiritual doctrines contain, the more it permits in its obduracy and