the initial decisions. I relied on the EISF (European Interagency Security Forum) network to set up the crisis-management trainings for all the heads of mission. We held several crisis-management trainings in the Sahel, Turkey, Thailand and Kenya. Most MdM heads of mission completed the training between 2013 and 2015. Task Four: Simplifying the Security Tools The EISF network and the humanitarian security literature it curates also helped guide my

building upon existing literature on humanitarian campaigns and critiques of neoliberal approaches to refugee situations. With regards to the latter, it is important to start by acknowledging that humanitarian agencies around the world are facing cumulative funding reductions and a concomitant drive to diversify their donors. Simultaneously, donors and agencies alike are promoting greater degrees of ‘localisation’ – supporting the roles played by regional, national and local actors in affected regions – and ‘self-reliance’ amongst refugee

thematic. Beur literature only began to enjoy commercial success in the early s, when a substantial number of the children of North African immigrants ﬁrst reached adulthood. The designation beur is considered an example of verlan – a form of French slang involving the inversion of syllables – stemming from the term ‘Arabe’. The term itself has become problematic in that its common currency in France and appropriation by the French media have endowed it with many of the pejorative, Occidental associations of its precursor. Alternative modes of designation refer to

     Conclusion One of the major features of this book is its focus on various aspects of the subject and identity as they are conceived and represented in contemporary women’s writing in France. The contributors to this volume have overwhelmingly read the works of our chosen writers as tales of, quests for, explorations of, and crises in the self. It should be noted that this self is actually plural and that the selves in question are not necessarily those of the writers (either within or outside the text). Rather, as ﬁctions, they

. Taken as a whole, nineteenth-century omnibus literature mirrors the way the vehicle encompassed the dizzying diversity of urban experiences. Omnibus literature thus serves as a lens through which to analyse the emergence of Paris as a modern city, probe its constitutive parts and give form to the complexities of French society in post-Revolutionary France. The omnibus didn’t simply offer urban writers a fruitful topic: it helped shape the literature of the time. Akin to the public-transit experience itself, omnibus literature offered snapshots of everyday life 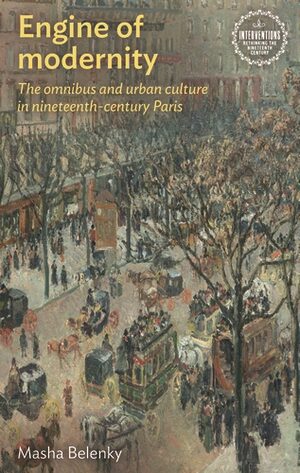 6 Beyond the mainstream: la gauche de la gauche Jim Wolfreys The left Beyond the mainstream: la gauche de la gauche Introduction In the summer of 1998 an article in Le Monde entitled ‘Quand la France s’amuse’ compared the apparently beatific state of mind of the French in the wake of the national team’s World Cup victory with that evoked by Pierre Viansson-Ponté in his celebrated essay ‘Quand la France s’ennuie . . . ’ written on the eve of the May ‘68 events.1 As with the original article, such complacency proved at odds with a powerful undercurrent in

introduction Introduction Paciﬁsm and feminism in Victorian Britain War is an essentially masculine pursuit. Women do not as a rule seek to quench their differences in blood. Fighting is not natural to them. (Lydia Becker)1 It is the truest form of patriotism to do our utmost to save our country from the crime and shame of an unjust war. (Priscilla Peckover)2 I n 1870, the outbreak of war between France and Prussia prompted many of the women active in the emergent feminist movement to consider their position on the use of physical force. In doing so, some