the main thrust of his reports, the Oblate mission in the United States was a resounding success, packing the churches in the parishes it visited to the point of having to divide the congregations. One week was assigned to married women, the next to unmarried women, and the same again for men, instead of the usual four weeks for all-comers. These people, Shinnors observed, were ‘as full of faith and fervour as if they still lived in their own homes’.7 Moreover, two of his American clerical critics, Smith and John Ryan, were the American-born sons of an Irish

. Alessandro was eventually elected bishop of Reggio Emilia on 13 October 1621. Alessandro was active until his death, in establishing new religious institutions in the Modenese capital. In February 1607 he laid the first stone of the church of San Bartolomeo that was to house the Jesuits from 1614, paid for by the Sanguinetti family.6 The Confraternity of the Stigmata, which housed pilgrims, was established in 1606, the Church of St Vincenzo was built in 1609, and in 1611 the monastery of Santa Orsola was opened. In 1612 the Congregation of Secular Priests was transferred

be impacted by the substantial loss of population which emigration represented. Between 1849 and 1852, as the immediacy of the Famine crisis dissipated and priests returned to being primarily religious pastors 149 Roddy_Population_Printer.indd 149 15/09/2014 11:47 Population, providence and empire rather than relief organisers, many of them began evaluating how the dust of five years of death and emigration had settled on their parishes. Even before the official census revealed a deficit of two million people – some 20% of the total pre-Famine population

seventeenthcentury figure may be termed the founder of the theology of priesthood, it is Cardinal Pierre de Bérulle (1575–1629), on whom all later writers on priesthood and reforming activists drew heavily. His reflections culminated in the formation in 1611, of the Congregation of the Oratory, a company of dedicated secular priests who would correspond to their founder’s notion of the clerical vocation. When Bérulle died in 1629, the Oratory numbered approximately four hundred members, housed in over sixty locations and overseeing many students training for the priesthood in 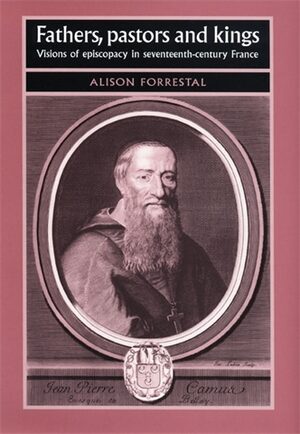 commitment to the religious needs of the colonies, and of Irish congregations’ financial contributions to clergy in the colonies. ‘I have often been deeply humbled,’ he said, ‘nay, obliged to blush, over the reports that have reached us of the miserable givings of some of your congregations for the maintenance of those engaged in the noblest and best of work’.129 Yet the apparently misguided supposition that ‘a missionary to the colonies receives at once adequate support from the people to whom he ministers’ – true only in Victoria, according to McClure – meant, inevitably

Missionary Sisters of Our Lady of the Holy Rosary (Holy Rosary Sisters) and the Immaculate Heart of Mary (IHM), Mother of Christ Sisters. The first two began as Irish congregations, or orders, whereas the latter is a religious congregation of Nigerian women. The focus on missionaries’ viewpoints provides insight into a neglected aspect of the post-colonial era in sub-Saharan Africa, the decolonisation and independence periods and what happened to healthcare during violence and massive displacement of people. Through their religious congregations, Catholic sisters worked

congregation in 1850, ‘There is not such a religious people on the face of the earth – so attached to their faith – so attached to their clergy’.19 The strength and resilience of Irish faith was matched by its ancient ‘purity’. Michael Phelan, an Irish-Australian Jesuit, noted that ‘Ireland had never belonged to the Empire of the Caesars’ and thereby cut off, had been ‘saved from its corruption and final ruin’. In an 1862 pastoral letter, Paul Cullen observed the spreading by emigrants of ‘the faith which they inherited from St Patrick, and which had been handed down to them

possession of Jews, a particular course of action which brought the tribunal into direct contact with the Jewish community, is also analysed. Finally, the role of the Holy Office in Jewish life and the reaction of the Modenese Jewish community to their proceedings are discussed. Although there was a uniform theoretical perspective on the part of the Congregation of the Holy Office towards the prosecution of Jews, tribunals in northern Italy were not able to exercise a standardized practical approach. Jews had varied juridical rights and living arrangements in each

grip on all its ministers and congregations. It is therefore simple Protestant propaganda which makes people think of Scotland as a Presbyterian country. There were Catholic enclaves in plenty; the Episcopalian Church (essentially an Anglican version or imitation), flourished in various parts of the Lowlands; and a variety of -isms which rose to bestrew the religious landscape, like mushrooms in the night.41 In 1690, to be sure, the Westminster Parliament had attempted to impose Presbyterian government on Scotland by statute, but the results were not what that body