’s account of ‘Lordship and Bondage’ in the Phenomenology of Mind in these terms. In modern capitalism it is more and more possible to be in the position of the consuming, unproductive lord and not to be in the position of the bondsman who can develop into the genius. In modernity art can express what is repressed by our cognitive and economic control of nature, and by our Modern philosophy and aesthetic theory 41 disciplining of ourselves under the division of labour. However, the increasing domination of our self-descriptions by the discoveries of the natural sciences

easy to distinguish from language than he claims. The central issue here is what deconstruction, in the wake of Heidegger, calls the ‘metaphysics of presence’. What the term refers to is exempliﬁed in Hegel’s account of language in the Phenomenology. Derrida has characterised what he means by metaphysics as ‘presence’ in terms of reﬂexive ‘hearing oneself speaking’, and this idea is apparent in Hegel’s comments, in which the individual subject hears itself speaking via the language it shares with other subjects. Hegel describes language as the existence of Geist. It

order to do this, Kolvin separated childhood psychotics into groups relating to age of onset and then divided up the ‘phenomenology’ of the condition according to these different groups. What was significant in the planning of this exercise was the implementation of ‘rigorous criteria’ to ensure that the children could be compared with one another 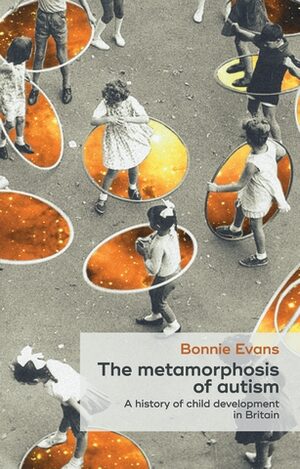 How do you measure a social impairment?
Open Access (free)
Bonnie Evans

Jürgen Habermas. 144 The term ‘intersubjectivity’ can be traced back to the French philosopher Edmund Husserl’s works in phenomenology. Husserl had used it to describe the way that beliefs and meanings are formed through both empathy and a shared sense of egocentric perception. 145 Maurice Merleau-Ponty had discussed ‘intersubjectivity’ in 1945 in relation to early