4 From objects to design programmes Just as neodecorativism was generating the idea of a spiritually useful object, its leading proponent, Boris Smirnov, published his succinct Artist on the Nature of Things.1 Its title alludes to the first-century BCE poem De rerum natura by the Roman poet and philosopher Lucretius. In the book Smirnov discussed the traditions, techniques and symbolic meanings of the design of consumer objects. In essence, it was a work of professional self-reflection. Smirnov paid special attention to the emergence of a new object, which he

Hospital of c. 1938, is an unusual and mysterious work, now contained in the closed stores of the Wellcome Library. Little is known about Langdon, and there is no evidence as to why she made this painting. 3 Produced almost four decades after the institutionalisation of light therapy in Britain (1900), Langdon’s painting depicts the original, and by now obsolete, versions of Finsen’s carbon arc lamp at a moment when the London Hospital was to refit 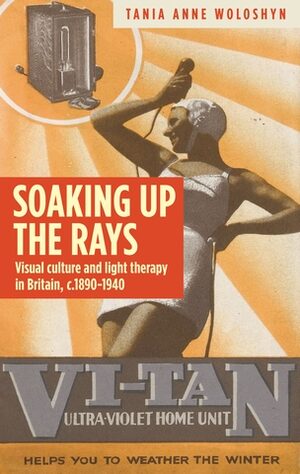 Stern to illustrate the beneficent work of the institution for a 1935 fund-raising pamphlet. While Figure 3.2 was printed to be reproduced in the pamphlet and put on display at the hospital, Figure 3.1 mysteriously did not make the cut. 3 3.1  Edith Tudor-Hart, Ultraviolet Light Treatment, South London Hospital

broadcaster Olive Shapley lived in Didsbury for nearly forty years, twenty-eight of them – from 1953 – in a large house called Rose Hill, in Millgate Lane. Now another Didsbury street, Olive Shapley Avenue, is named after her. She worked at the BBC in the 1930s, organising Children’s Hour programming in Manchester and also producing innovative documentaries on industrial work, homelessness and other social topics, pioneering in their subject matter and style. After a period in London and New York with her husband she returned to Manchester, from where she presented Woman

’s daily lives, but on the rich potential of the material to express complex ideas – the artists proposed a non-utilitarian materiality. A ceramic artist could now be like a sculptor or, even better, a painter; ceramics were more powerful and eloquent than the traditional materials of fine art. This new argument echoed contemporary discussions of decorative arts and crafts in the United Kingdom. According to Judy Attfield, professional craftspeople often rebranded their work as ‘applied art’ or ‘decorative art’ in the 1970s, hoping to gain public acceptance for their

beret – but remember him only vaguely from my childhood. He also worked at Lankro. (I remember that I had to start the piece with ‘But’ in order to pretend to myself that I was already in the middle of something – otherwise it would perhaps have been impossible to embark on a writing project of this kind. On the same basis, I think, writing teachers sometimes give the advice that you shouldn’t buy a special notebook, but simply use an ordinary school exercise book, in order to make the task less daunting.) The internment camp my father was sent to in 1940 was Onchan

Epilogue A considerable amount of the work on this manuscript was undertaken in Denmark, where I stayed as a postdoctoral fellow at Aarhus University in 2016–18. As one of the leaders of European product design and a country with a profound national design mythology, Denmark is a magnet for a design historian. Exploring the European context for the comradely objects of late socialism, I frequently visited the library of Designmuseum Danmark Copenhagen. One afternoon in the autumn of 2016, during a lunch break in the museum café, the librarian Anja Lollesgaard

3 Objects of neodecorativism ‘Art into Life’ was not only the name of an important 1961 exhibition in Moscow, it was also a key phrase of Khrushchev-era art theory that contributed to the emergence of technical aesthetics. It informed the creative choices of those who defined themselves as ‘decorative-applied artists’: those who worked with such traditional materials as ceramics, glass, textiles, metal and wood, shaping them into modern socialist objects. Warning against turning technical forms into commodity fetishes and imitating the austerity of Western

something I began to read about a few years later: Anne Karpf’s book about growing up as the child of Holocaust survivors was published in 1996. But in that moment I wasn’t thinking about explanations. I was simply struck by seeing an image of what an unobstructed expression might look like. I am surprised now to see in my old school reports that my teachers sometimes referred to my ‘originality’ and ‘imagination’. I am almost certain that I never exhibited much of either, at primary or at secondary school. A report when I was seven says ‘Her work is neat, and shows