EAST TIMOR WAS forcibly incorporated into Indonesia in 1975 and managed, through a confluence of circumstances that was at once remarkable and yet another example of a suppressed people snapping back like bent but unbroken twigs (to use Isaiah Berlin’s phrase), to become independent almost twenty-five years later. Now the territory, poised on the edge of statehood, is undergoing transition, but also flux and confusion. At the time of writing the United Nations Transitional Authority for East Timor (UNTAET) is effectively the Government of

8 Time work: keeping up appearances Over the years that I have researched Israeli internet portals, I have detected a repetitive, periodical movement. As holidays like Rosh Hashana ( Jewish New Year’s Eve) and Passover, or widely commemorated romantic celebrations like Valentine’s Day approach, Israeli websites begin to publish a range of columns, written by and about single women, discussing their fears of being—and appearing to be—on their own over the holidays. This phenomenon is not unique to Israeli society, of course. One can easily find any number of 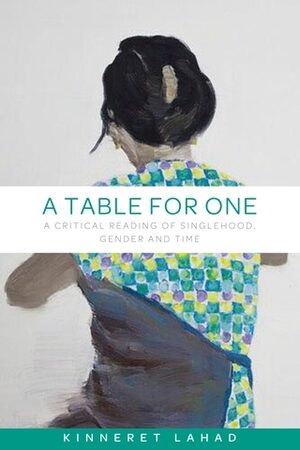 in A table for one

6 Working-time flexibility: diversification and fragmented time systems Working-time flexibility: diversification and the rise of fragmented time systems Iain Campbell Despite a lack of consensus concerning its meaning and measurement, labour market flexibility has been central to employment research and policy for at least three decades. Much of the impetus for its persistence comes from the stubborn push by neoliberal policy-makers, under the banner of flexibility, for deeper market liberalisation and the elimination of labour market rigidities. Even after

5 ‘Space-crossed time’: digital photography and cartography in Wolfgang Weileder’s Atlas1 Rachel Wells The places we have known do not belong only to the world of space on which we map them for our own convenience. They were only a thin slice, held between the contiguous impressions that composed our life at that time; the memory of a particular image is but regret for a particular moment; and houses, roads, avenues are as ­fugitive, alas, as the years. (Proust, 2002: 513) The creation of an ‘Atlas’ is an ambitious project. The word suggests accuracy in detail

10 Time as weather: corpse-work in the prehistory of political boundaries Richard Kernaghan Insurgent law, an afterlife ‘These things are the mirror’, said the Shining Path leader, who in Wilson’s accounts always stayed unnamed. ‘They are the mirror so the people and masses will know not to commit such errors.’ That, Wilson told me, was the answer one guerrillero gave to his question of why the Party left dead bodies in public places to rot … always with a sign tossed nearby announcing the crime of which the victim had in life been accused. The mistakes the

11 From real-time city to asynchronicity: exploring the real-time smart city dashboard Michiel de Lange A plea for asynchronicity In a thought-provoking ‘design fiction’ exercise, design researchers Bleecker and Nova invert the discourse of instantaneity in urban computing and digital cartography (Bleecker and Nova, 2009). Urban new media tend to promote a speeding up of time: there is here a conspicuous arms race towards more instantaneity, more temporal proximity between events, people and places. Communication is promoted to be ‘just-in-time’; feedback to your