This book examines the payment systems operating in British hospitals before the National Health Service (NHS). An overview of the British situation is given, locating the hospitals within both the domestic social and political context, before taking a wider international view. The book sets up the city of Bristol as a case study to explore the operation and meaning of hospital payments on the ground. The foundation of Bristol's historic wealth, and consequent philanthropic dynamism, was trade. The historic prominence of philanthropic associations in Bristol was acknowledged in a Ministry of Health report on the city in the 1930s. The distinctions in payment served to reinforce the differential class relations at the core of philanthropy. The act of payment heightens and diminishes the significance of 1948 as a watershed in the history of British healthcare. The book places the hospitals firmly within the local networks of care, charity and public services, shaped by the economics and politics of a wealthy southern city. It reflects the distinction drawn between and separation of working-class and middle-class patients as a defining characteristic of the system that emerged over the early twentieth century. The rhetorical and political strategies adopted by advocates of private provision were based on the premise that middle-class patients needed to be brought in to a revised notion of the sick poor. The book examines why the voluntary sector and wider mixed economies of healthcare, welfare and public services should be so well developed in Bristol.

wealthy southern city. The options, obligations and experiences of Charley are considered in chapter 3 and then those of George in chapter 4 ; with particular attention to how the hospital payment schemes they would have navigated were introduced in our case study city. Treating the two in separate chapters reflects the distinction drawn between and separation of working-class and middle-class patients as a defining characteristic of the system that emerged over the early

metabolism and other physiological processes’. 81 In establishing these standards, any students with any sort of disability was excluded, as were women, as ‘researchers also continued to assume that students, particularly white males from the upper middle classes, best represented the normal human population’. 82 This decision, Prescott argued, was politically motivated. Not only were white male students considered ideal specimens to represent humanity, they were also assumed to be the best group to study because they were the ‘most valuable to society’. 83 A similar 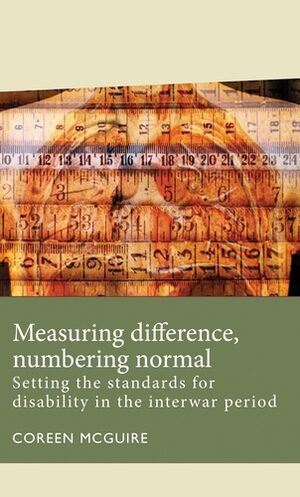 more traditional treatment favoured by aural surgeons and the treatments favoured by psychiatric practitioners. On the side of traditional otology, aural surgeons Dr A. Logan Turner and Dr P. McBride (ear and throat surgeon and consulting surgeon respectively, at Edinburgh Royal Infirmary) classified hearing loss purely as injuries of the internal ear, middle ear or tympanic membrane and considered middle-ear deafness to be nerve deafness. 38 Turner and McBride wrote to The Lancet in 1918 to criticise the new ideas about deafness circulating within the wider

caused by the First World War changing the context of hearing loss. The First World War was the first example of large-scale, industrialised deafening of soldiers. Losing hearing in the service of the country made the condition one that demanded compensation, and this became an issue for the middle and upper classes. During the interwar years the boundaries between deafness and hearing loss were blurred, and definitions depended on the cause and context of the hearing loss. Vast numbers of newly deafened soldiers prompted an ideological shift concerning attitudes to

weeding out those of the middle and upper classes who were not considered appropriate cases for medical charity. Beyond mere safeguards, however, the new mechanisms and rituals of payment came to reinforce philanthropy in a variety of ways. Systems of admission Prior to the First World War, Bristol's voluntary hospitals were typical in operating two well-established systems for admission: subscriber's tickets and ‘receiving day

women occupied in Indonesian society. Before they could train as nurses, girls were required to have finished primary school. In principle, girls from poor families did not attend school. Girls from the middle and upper classes often did but it was considered culturally improper for upper-class girls – the ones among the population who could afford to study – to live outside their parents’ home when they were of marriageable age (fourteen to sixteen). The poor reputation of the hospitals made them appropriate workplaces only for lower-class women and for women whose