collective inheritance so that imaginary debts owed to purported senior bond-holders are used instead to make real bonds with future generations. The National Assets Management Agency should give stewardship of empty houses to Threshold, Focus, Simon Community and St Vincent de ANAMNESIS FOR A NEW I RELAND 157 Paul, who would oversee ceremonies and celebrations of the gifting of homes to individuals and communities. Communities should decide what could be done with hotels and commercial premises: some ghost estates could become supported housing and assisted living for

The road to Albania
Abstract only
Dimitris Dalakoglou

known locally as ghost estates); the pre-Olympics public works of London, Athens, and Barcelona; or the infrastructure developments in Albania and Romania along the natural gas pipelines of the Black Sea, to mention but a few. During the 1990s and 2000s, European construction became a huge simultaneous project which sometimes had tangible physical and material connections (e.g. transEuropean highways or inter-European natural gas pipelines). Such connections, however, were not always so explicit, as this ethnographic study indicates. In terms of political economy, the 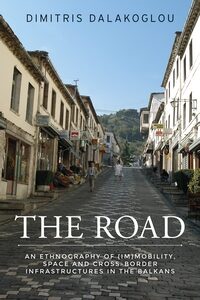 promise of a new metropolis. This would be a city of desire and desirability, an arena of enticement and seduction. In many ways, Craigavon was a radically new endeavour: one that would propel Northern Ireland’s stagnating postwar economy towards the bright lights of economic regeneration, multinational capital and lavish consumerism. But despite its promise, the project struggled and never managed to attract the levels of industry or residency originally anticipated. Instead, Craigavon became an urban environment punctuated by abandoned junctions and ghost estates 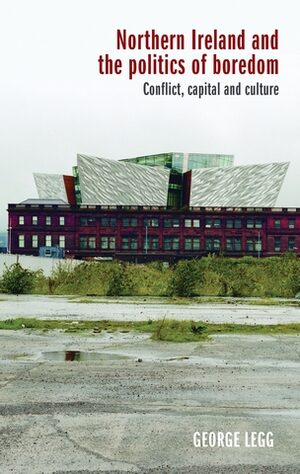