modern, technical, transnational and secular endeavour. 28 Along similar lines, Keith Watenpaugh has argued for the exceptionality of Western humanitarian interventions on behalf of post-genocide Armenians in the Middle East, stressing the extent to which a process of transformation in humanitarian practices took place. 29 Both Cabanes’ and Watenpaugh’s arguments claim a significant shift from wartime to post-war humanitarian operations. However, such an emphasis on this period as a ‘break’ tend to obscure significant elements of continuity in practices and agents

Humanitarian crisis at the Ottoman–Russian border
Abstract only
Russian imperial responses to Armenian refugees of war and genocide, 1914–15
Asya Darbinyan

of Tiflis, was to coordinate the work of the committee. This organisation was responsible for collection of donations, transportation of the refugees from the frontline to the interior, establishment of food stations on routes of mass population movement, and sanitary-medical assistance to the displaced and the refugees (particularly prevention of epidemics during humanitarian operations). 54 The Caucasus Committee opened food and tea stations, as well as medical stations on the Igdir–Etchmiadzin–Erivan–Yelenovka–Dilijan–Aghstev route for refugees coming from

refugees’ fears of the RPF were largely unfounded and called for international action to encourage their return. In terms of news reporting, the picture was less clear-cut, in that some reports did include calls for a greater international humanitarian operation in the refugee centres outside Rwanda. Six articles in July 1994 featured explicit calls for military intervention in support of the aid effort, but

Feed the hungry – no matter what?
Abstract only
The Norwegian Red Cross and Biafra, 1967–1970
Eldrid Mageli

of suffering and humanitarian action to gain international legitimacy’. 50 For Ian Smillie, aid to Biafra was a ‘historical feat’ of bravery, but ‘an act of unfortunate and profound folly’. 51 Other writers, however, point out that although the humanitarian air bridge undoubtedly strengthened the Biafran war effort, it is difficult to assess the exact quantity or value of weapons brought in this way, and so the military significance of the humanitarian operations remains uncertain. 52 The harmful consequences of food aid were not evident at the time, because by

EU enlargement and NATO
Abstract only
The Balkan experience
Martin A. Smith

found in the formal creation of the ESDP in 1999 (a development inspired partly by reactions to perceived European over-dependence on the US during the Kosovo conflict). Once the member states had declared that the EU was prepared to take on certain military tasks (largely relating to peace-keeping and humanitarian operations) and identified force goals, a process was set in motion whereby it became

of rapid reaction forces, execution of humanitarian operations, and advancement of human rights. In principle, they were also in favour of the use of force during operations, when necessary. However, when the time came to execute the operations in practice, they did not provide consistent support and generally opposed the use of force. The United Kingdom focused on arenas in which it had vested interests; in other words, the former Yugoslavia. By contrast, its contribution to operations in Cambodia and Somalia was negligible. Its absence from the Somali arena was 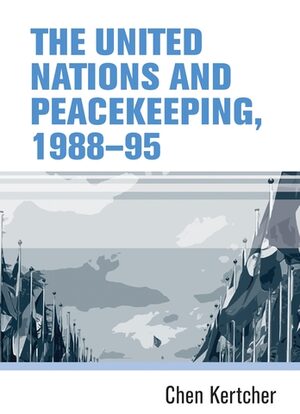 mechanisms (such as Civil–Military Operations Centers, Humanitarian Operations Centers and similar bodies) and, sometimes, joint assistance projects such as distribution of relief commodities and reconstruction of social service infrastructure including schools and health posts. There are many sources that try to identify and address issues and conceptual–contextual gaps in the

conditions’. 33 The Italian navy and the compassionate repression A similar integration of humanitarian and security responses within a common ‘emergency frame’ can be explored through the representation strategies and discursive practices enacted by the Italian navy since the launch of the operation Mare Nostrum. 34 The military-humanitarian operation – targeted at both rescuing

on a distinction between the language and tone used by reporters (which can either be critical, supportive or neutral) and the subjects of news stories which, according to their definition, are unrelated to the issue of objectivity. As long as a journalist avoids overtly partisan or emotive language, a report is understood to be objective according to the classification provided by Aday and his team. This distinction, however, is open to question. A journalist might avoid a critical and evaluative tone when covering a story about coalition humanitarian operations