production companies are now struggling to meet halal guidelines for export to some Muslim majority countries (O’Dwyer 2015) and some Danish cities have ordered pork to be made mandatory in schools and on menus in public institutions. Similar arguments have been made about Islamophobia and anti-​Semitism restricting market growth and development in the UK (Shabbir 2015) and since the Brexit vote in 2016 there has been talk of new production restrictions on non-​stunned kosher and halal meat. It is clear that the functioning of these markets for religious-​certified food 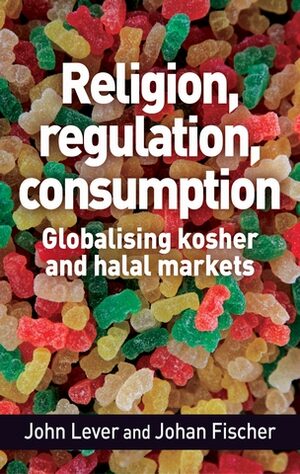 as well. (HFA 2016) It should also be noted, however, that as the global halal market moves in new directions so the qualities ascribed to meat by HFA may also change. The next stage in this process of quality attribution and requalification will be the development of a second HFA logo for traditional halal slaughter (HFA 2016). While this new logo will sit uneasily alongside the HFA logo for stunned halal meat, in the post-​Brexit period it will perhaps open up opportunities to work in new markets through new forms of transnational governmentality. As this brief

Jeremiah in Tara
Abstract only
British Israel and the Irish past
Brian H. Murray

's decision to leave the European Union. The Newsletter for January 2017 begins with a ‘Proclamation of Freedom from the EU’ equating Brexit with ‘the Exodus from Egypt by our forebears’. 71 An accompanying essay on ‘The Positive Way Forward for the Island of Ireland’ warns that around ‘much of the Brexit, or “Brexodus,” negotiations with the EU, we are hearing increasing sounds of “Pharaoh's chariots”’. Most troubling are ‘the sounds of Irish Republicans in Belfast and Dublin using the Brexit process as an opportunity to