thought an ideal zone for collecting folk beliefs (Foster 1997: 195). After visiting the Aran Islands off Clare, Yeats urged the young writer J. M. Synge to ‘live there as if you were one of the people themselves; express a life that has never found expression’. Between1898–1901, Synge visited five times, gathering material there he later used in his plays. In his account of these stays, Synge acts the amateur ethnographer translating the ways of these insular characters for an educated, urban audience. He sees the locals in patently primitivist terms: unsullied by a 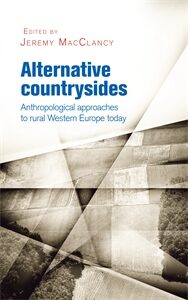 culture which had existed in the sacred time of the pre-Norman golden age and the sacred place of the West of Ireland, especially the Aran Islands, where the sacred culture still existed. The discoveries of round towers, Celtic crosses, brooches, chalices and manuscripts all provided new symbols for the emerging Irish national identity. The English language and British socio-political values would be maintained, but infused with a Celtic heritage. In the mid-nineteenth century there were local antiquarian societies throughout the country which used these new Celtic

factory on Inis Meáin in the Aran Islands can be in continuous and instantaneous contact with both its designers and its markets in Japan, Europe and the United States. This is beginning to provide opportunities for people to stay in remote locales rather than emigrating to centres of production. Both Raidió na Gaeltachta and TG4 rely on technological advances that make possible radically decentralised communication networks and a greater variety of choice in both the production and consumption of mediated culture. Privately owned media, such as the Irish