CVE focuses on women’s agency only insofar as it equates womanhood with peacemaking. As Szmania (2015) notes, policymakers and practitioners involved in countering violent extremism (CVE) have taken great interest in better understanding the role that women play in terrorism prevention. However, this singular focus, usually on women as peacemakers, overlooks the range of activities that women are engaged in, from active participation in terrorism networks to a wide range of creative and effective intervention, prevention and advocacy roles. As noted

What is an educational response to extreme and radical ideas and why does it matter?
Abstract only
Aislinn O'Donnell

difficult questions with the help of thoughtful, creative pedagogies, including reflecting on those aspects of life that deal with the existential quest for purpose and meaning, the desire for ‘sacred values’ ( Atran, 2011 ) and the political quest for justice, but they do so in an educational way. This might involve engaging with positions self-described as extremist or radical, and re-interrogating and re-appropriating these terms for contemporary times, for example discussing Extinction Rebellion. Historical examples might include Martin Luther King stating that he

Armenia’. 51 Alongside this is the focus on choice and agency for Syrian Armenians: ‘To ensure welfare and decent living conditions for Syrians sheltered in Armenia, prohibiting urgent phenomenon of migration and giving them an opportunity to return and stand up for their own property at the end of the civil war of Syria, thus taking part in reconstruction activities of Syria’. Aleppo-NGO, founded in 2013, is run by an all-female executive board, and has a number of creative and constructive projects including an Arabic club for speakers to maintain and improve their

morphology than the subservient one the Saudi state promotes. 86 Although the radical ‘shuyaibi school’ might no longer exist, and there are no religious leaders inside Saudi Arabia to take its place, its ideas are still accessible on Internet. 87 Other research has pointed out the creative ways in which religion is turned against the state. 88 The weakness of the counterterrorism discourse could explain the 10 per cent of prisoners who do not take part in the counselling programme, 89 although the diehards are only a very few. 90 This scepticism does not of

Basic rules of the law of armed conflict
Abstract only
Leslie C. Green

. Whether the Hague and Geneva Conventions are regarded as codificatory of customary or creative of new law, they are not and do not purport to be exhaustive. Moreover, to the extent that a particular treaty does not reproduce or clearly contradict what was formerly accepted as a rule of customary law, that law continues to exist and must be obeyed. This rule is to be found in the Preamble to the

's conception of ‘divine violence’ (Finlay 2009 : 40–1; Benjamin 2007 : 297–300), in that it defends instrumental violence only for the breaking up of existing, oppressive structures, not – and this is an important difference in understanding Arendt's analysis of instrumental violence – to bring about a new structure (Finlay 2009 : 40–1; Benjamin 2007 : 297–300). The perceived creative potential of violence is made manifest in a biopolitical 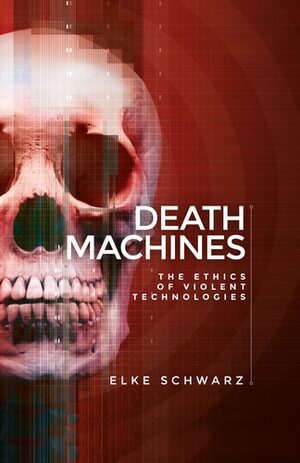 and ignore the very extensive and highly creative ways in which actors exert agency over the norms and behaviours they engage with, to the extent that they can manipulate and even change them. Critically, this is not merely a drawing on of existing ideas and language, but their deliberate manipulation for the purposes of shaping policy in ways beneficial to an actor. Within this context

cities in relation to communal identity is similarly useful here. Diverse and creative cities, Sennett notes, are the opposite of those that seek to impose order based on myths of the purified community. Such places, for Sennett, breed narrow and violence-prone lives, as compared to cities that display vigour and diversity because of an ‘equilibrium of disorder’ (Sennett 1970 ). Both Connolly

the ‘war on terrorism’ prevents clear and creative thinking about alternative strategies and approaches; instead, it institutionalises an approach which has already proved to be counterproductive and damaging to the very institutions and values America and its allies are purportedly trying to protect. There is a genuine risk that the moral absolutism of the discourse induces political amnesia about

Agreement, as a document, was a masterful and creative piece of drafting and my legal training did help me. My experience as an opposition TD in interrogating words, drafting and amending legislation and being creative with language was also very useful. I should say that when I was appointed by the Cabinet to deal with the North I was sufficiently overawed by the responsibility ahead of me that I devoted