particularly in relation to the issue of war crimes suspects, but also with regard to the continuing financial and organisational contacts between the VJ and the VRS. Finally, between 2000–4 the government in Belgrade pursued an ultimately unsuccessful case against eight NATO member countries in the International Court of Justice (ICJ) for their bombing of the country in 1999. 1 This 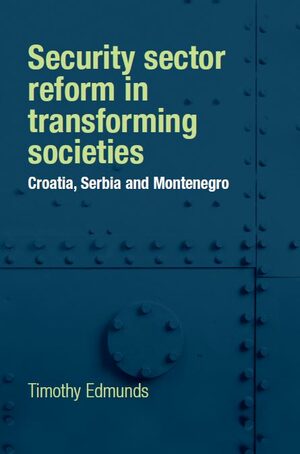 , including the UN International Court of Justice in The Hague. It was important for the Irish Government and many of the parties that the British–Irish Agreement had this status confirmed by registration with the UN. The parties believed that registration made a strong political statement, as it emphasised that the Agreement was recognised by the primary international agency of the world where almost all

Western Balkans, Kosovo represents a hard case for establishing the causal effects of integration. In the absence of a negotiated settlement, the positions of the conflict parties have remained mutually irreconcilable. The conflict issue, the status of Kosovo, has not been unequivocally resolved, despite an advisory opinion by the International Court of Justice (ICJ) which found that Kosovo’s unilateral

in the statute of the Permanent Court of International Justice of the inter-war period, and more embarrassingly in the statute of the International Court of Justice (1945), which still refers to ‘the general principles of law recognized by civilized nations’ (article 38, 1c). 96 The reactions of the outsiders: China and Japan But what was the reaction of those on the receiving end of the ‘standard of civilization’? These states

protracted conflict. While general international water law has been ineffectual, bilateral and multilateral treaties that address the issues of water allocation, pollution and other aspects of joint management have been effective in reducing water related conflicts. In fact, some 145 water-related treaties have been ratified in the past 100 years (Wolf, 1997: 10). Both the International Court of Justice and

) 21 In the 1990s, Sweden supported the CTBT, START II, and used international law (citing the International Court of Justice Advisory Opinion regarding the legality of the threat or use of nuclear weapons) to pursue non-proliferation. Sweden was also critical of the US and Russia for not ratifying the Chemical Weapons Convention of 1996, supported the Biological and Toxic

SWAPO (for more on the origins of SWAPO, see Vigne 1987 ). In 1966, attempts to take South Africa's administration before the International Court of Justice failed and SWAPO declared war on South Africa. From 1966 to 1989, PLAN (the armed wing of SWAPO) fought various South African forces for independence. During the war it is estimated that between twenty thousand and twenty-five thousand people died. 2 As early as 1976 the United Nations (UN) Security Council passed a resolution in favor of Namibian independence. In

Prevention of breaches and supervision of conduct
Abstract only
Leslie C. Green

that jurisdiction over war crimes is universal, any country holding a war criminal would possess jurisdiction to try him. Allegations by one state of breaches of the law of war by another may lead to reprisals, so long as these are still permissible; or, subject to the special rules concerning its jurisdiction, be submitted for adjudication by the International Court of Justice which can, at the most

Rights and duties of the Occupying Power
Abstract only
Leslie C. Green

mobilisation in an organisation of a military or semi-military nature. This ensures preservation of the protected status of the population and prevents their subjection to the military law applicable to the forces of the Occupant. In 2004 the International Court of Justice delivered an advisory opinion concerning the right of an Occupant, 52 Israel, arguing that, to enable it to combat terrorist attacks

activities in waters of the Southern Ocean (a portion of which are claimed by Australia as territorial waters). Australia took Japan to the International Court of Justice over breaches of international law regarding its illegal harvesting of whales in the name of ‘research’. Australia won the case, and Japan has been forced to desist from these activities. However, recent news suggests that Japan is actively seeking ways to challenge or circumvent the ban, and this has become an emotive issue between environmental protectionists, on the one side, and Japanese nationalists