Clear All
Download Citations
The Life of Pope Leo IX
Abstract only
I. S. Robinson

the deepest sorrow, because they used to rely on his wholesome advice and he was an active mediator, who assiduously defended their interests. Although they congratulated him on the conferring of the high honour, they nevertheless grieved at the loss of the delightful solace of his comradeship and conversation. He received leave to depart from the imperial majesty, but at the very moment of his departure the bad news was 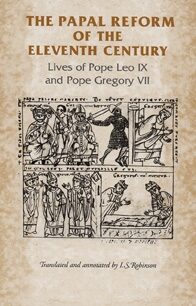 in The Papal Reform of the Eleventh Century