hands this chapter began. The Pardoner’s tale continues to confound moral teaching and vice in its telling of hands. Swearing fealty and comradeship, the three rioters claim ‘[l]at ech of us holde up his hand til oother / And ech Chaucer’s hands 91 of us bicomen otheres brother’ (VI.697–8). This is the Chaucerian version of Langland’s hand of God. In a parody of the heresy that two members of the Trinity murdered the other, the result of the revellers’ handpledge is covert mutual slaughter. Their greed for gold and individual profit overtakes any collective sense 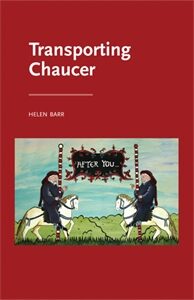 Winchester
Abstract only
Constructing the city of memories
Tony Kushner

these women was tempered by the parallel defensiveness of Adler’s approach. It was said after his death that he devoted his whole career to creating ‘Jewish-Gentile comradeship[,] … remov[ing] Jewish-Gentile misconceptions [and] striv[ing] … for the honour of the Jewish name’. 204 The subject of Jewish women in medieval England provided Adler with an opportunity to help further these objectives. As with his later work on Benedict the Gildsman, Adler strove to find cases of Jewish/non-Jewish harmony. Indeed, he believed that there was ‘striking evidence of the