in decades of conflict began as the nineteenth century drew to a close. The ‘last of the 20 Introduction gentlemen’s wars’ and the first modern war was the South African War in 1899–1902. The memoirs and letters of its medical personnel serve as snapshots of reactions that are replicated and transformed by their descendants in the wars that followed. The South African War (also known as the Second Anglo-Boer War) began on 10 October 1899 and ended on 31 May 1902. It was fought between the British Empire, the eventual victor, and the Afrikaans-speaking Dutch 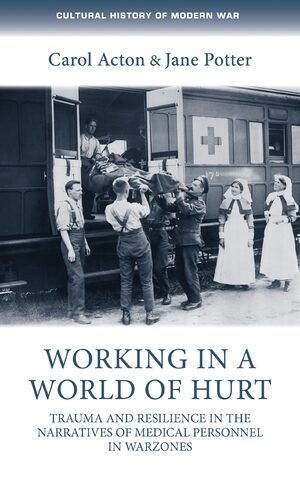 pacifism’.7 While Peckover allied herself with the Peace Society more closely than most other female peace activists of this period, it is important to stress that on a number of significant issues she disagreed with its aims and methods. She was also critical of the expansionist British imperialism that was being practiced across the globe, and she publicly disagreed with the Peace Society on the question of how to protest against the second Anglo-Boer war. Although Peckover’s personal focus was strongly influenced by Christianity, she supported all other associations

war experiences. British nurse writer Kate Luard, a veteran of the Second Anglo-Boer War (1899–1902) began the First World War as a sister with the QAIMNS Reserve and rose to the position of Head Sister to one of the most significant British advanced casualty clearing stations. American Alice Fitzgerald, a prominent member of the nursing profession in the USA, joined the QAIMNS Reserve as a sister in 1916, but left to take up a senior role with the American Red Cross following the USA’s entry into the war. The quintessential British nurse: Kate Luard Katherine

3 Traversing the veldt with ‘Tommy Atkins’: The clinical challenges of nursing typhoid patients during the Second Anglo-Boer War (1899–1902) Charlotte Dale The decades following the Crimean War witnessed a burgeoning of personal narratives relating accounts of nurses who ministered to combatants in the Franco-Prussian and Anglo-Zulu wars.1 From these, the general public could vicariously experience the working lives of those who travelled far and wide to care for the common working-class soldier, immortalised by Rudyard Kipling in the early 1890s as ‘Tommy