By looking at the changing economic, institutional and cultural circumstances governing the production and circulation of British films since the 1980s, this chapter explores the emergence of various kinds of ‘British art cinema’ that emerged during this period. In particular, it indicates the way in which public funding, lottery revenues and television finance have underpinned the emergence of a range of British films that join a tradition of international art cinema. Although the films concerned exhibit many of the ‘classic’ features of art cinema – personal self-expression, formal invention, generic self-consciousness – the chapter indicates how the conventions of ‘art cinema’ have continued to mutate and extend in different directions. This chapter therefore attempts to map some of the diverse strands of British art cinema that have emerged since the 1980s and weigh up the critical discourses that have attached to them. In particular, it looks at the significance of the ‘realist’ tradition for British art cinema and the way in which this has fuelled debates about ‘poetic realism’ and ‘social art cinema’. It also looks at the more overtly modernist/postmodernist strand of British art cinema and its links with both other art practices and more general socio-political currents.

This chapter examines films and television dramas dealing with the impact of the Northern Ireland ‘Troubles’ in Britain and the controversies that they generated. It begins with a consideration of early TV dramas such as The Vanishing Army (1978) and Chance of a Lifetime (1980) dealing with the experiences of the returning British soldier. This is followed by an examination of the representation of the IRA’s activities on the British ‘mainland’ in productions such as The Patriot Game (1969), Hennessy (1975), Eighteen Months to Balcombe Street (1977) and The Long Good Friday (1979) as well as an analysis of how the miscarriages of justice that emerged in the wake of the IRA’s bombing campaigns were turned into (documentary)-dramas such as Who Bombed Birmingham? (1990) and In the Name of the Father (1993). The chapter then concludes with some consideration of the ‘peace process’ and the relative scarcity of dramas dealing with the divisions and tensions that were a feature of the earlier period.

The origins of the Langham Group may be traced back to the establishment by the Head of BBC Drama, Michael Barry, of a sub-committee in early 1956 intended 'to chew over the problem of experimental Television programmes'. Although the group was conceived as 'a floating population of producers, designers, technicians' who would 'change from project to project', the key figure in the group was undoubtedly Anthony Pelissier who was also a founder member of the Experimental Group. Pelissier became the effective head of the Langham Group and wrote, directed and produced the group's two main productions, The Torrents of Spring and Mario. Just as the novelty of working-class realism was commonly associated with increasing sexual explicitness, so The Torrents of Spring goes much further than a working-class drama such as Lena, O My Lena in testing the boundaries of permissible representation.

A ‘new drama for television’?
Abstract only
Diary of a Young Man
John Hill

Diary of a Young Man was a six-part series broadcast on BBC in August and September 1964. Written by Troy Kennedy Martin and John McGrath, produced by James MacTaggart and directed by Ken Loach and Peter Duguid, it also represented a significant coming together of personnel within the BBC with an interest in changing the direction of television drama. This chapter begins with an overview of the context from which the manifesto, and the accompanying series, emerged. It considers the ideas within the manifesto and analyses how these were exemplified in the series itself. The chapter concludes with an assessment of some of the issues and questions to which the manifesto and series give rise. One aspect of Kennedy Martin's analysis of the 'objectivity' of the television camera, and its 'unblinking' gaze, was what he identified as the 'non-selectivity' of the television image. 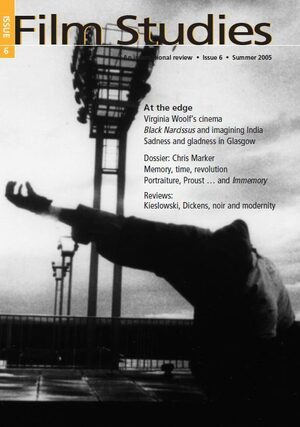