The Right and the recession
Abstract only
Series: New Perspectives on the Right
Author: Edward Ashbee

The Right and the Recession considers the ways in which conservative activists, groupings, parties and interests in the US and Britain responded to the financial crisis and the “Great Recession” that followed in its wake. The book looks at the tensions and stresses between different ideas, interests and institutions and the ways in which they shaped the character of political outcomes. In Britain, these processes opened the way for leading Conservatives to redefine their commitment to fiscal retrenchment and austerity. Whereas public expenditure reductions had been portrayed as a necessary response to earlier “overspending” they were increasingly represented as a way of securing a permanently “leaner” state. The book assesses the character of this shift in thinking as well as the viability of these efforts to shrink the state and the parallel attempts in the US to cut federal government spending through mechanisms such as the budget sequester.

The book introduces the principles underpinning the US Constitution and, on the basis of this, surveys core federal institutions: Congress, the presidency, and the US Supreme Court and lower courts. The different chapters outline the defining features of each and introduce some of the core scholarly debates about their powers and performance. The book also considers processes of political participation through elections, parties, and organised interests. It looks, in particular, at the changing nature of voting behaviour, the reasons why electoral turnout levels are comparatively low, and the different reasons why Donald Trump secured the presidency in the 2016 contest. It also considers the character of the party system and claims that organised interests, particularly groups representing those at the highest ends of the income and wealth scales, play a disproportionate role in the US system. The book thereby offers a guide to debates about the democratic ‘health’ of the contemporary US. The final chapter places the study of US politics in a comparative and theoretical context. It suggests that comparative approaches are essential if political developments and processes are to be fully understood. It then considers the value of employing theoretical frameworks in the study of politics and explores the ways in which structural theories, approaches drawing upon representations of political culture, and rational choice perspectives can explain political outcomes. 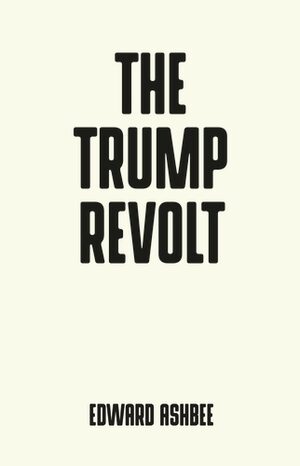 This book explores how a candidate who broke with almost every single norm governing candidate behaviour, appeared to eschew the professionalised forms of campaigning, and who had been more or less disowned by Republican elites, prove victorious? The focus is on Trump and his campaign; the account does not go beyond the November election and its immediate aftermath. The book argues that the Trump campaign, like earlier populist insurgencies, can be explained in part by considering some defining features of US political culture and, in particular, attitudes towards government. It explains the right-wing populism that has been a recurrent and ingrained feature of the political process over a long period. The book discusses structural characteristics of the American state that appear to be of particular significance in shaping attitudes, as well as some other ideas and frames brought to the forefront by the Trump campaign during the course of 2015 and 2016. It also considers the shifts and swings amongst voters and suggests that these, alongside ideas about the state and the 'entrepreneurial' efforts of the campaign, form part of the explanation for Trump's eventual victory. The book assesses Trump's ascendancy as a function of, and reaction to, the strategies and discourses pursued in the years preceding 2016 by Republican Party elites. 'Trumpism' and European forms of populism are still in some ways weakly embedded but they may intensify the battles and processes of group competition between different constituencies.

The Introduction outlines the five principal literatures that have considered the right in the UK and the US. It suggests that each of these literatures looks at the activity of the right at a particular level or tier. On the basis of this, the Introduction provides a guide to the chapters that follow.

Intercurrence and its implications
Abstract only
Edward Ashbee

This chapter sets the scene for later chapters by considering the relationship between the levels or tiers established in the Introduction. As was noted, each of these tiers is described in one of the different literatures that survey the contemporary right. The chapter introduces the concept of intercurrence within this context.

The state and processes of change
Abstract only
Edward Ashbee

This chapter considers the impact of “Thatcherism” and “Reaganomics” and the extent to which the British and American states were restructured during the 1980s. It argues that despite the neoliberal project the state proved largely resistant to long-run shrinkage. It suggests, furthermore, that some of the gradual change mechanisms that were employed by policymakers in this period did not always create lasting or sustained institutional shifts.

This chapter considers the character of the right in both the US and the UK and, in particular, its approaches and attitudes towards the contemporary state and the ways in which it responded to the resilience of “big government”. It argues that these included civic conservatism and efforts to ensure the accountability of those elected to public office.

This Chapter looks at the impact of the 2008 financial crisis and its aftermath on the right. It charts the period of initial uncertainty as the crisis first broke and the construction of a narrative around “big government” at the end of 2008 and beginning of 2009. It considers, in particular, at the ways in which representations of the New Deal and the 1930s were used to change the terms of debate.

This Chapter considers events and developments from 2009 onwards. It looks at the emergence and growth of the Tea Party movement, the ideas and constituencies upon which it drew, the impact of the 2010 mid-term elections, the tensions between the movement and Republican Party elites, and the character of the relationship between the right and the institutional landscape. Following the approach adopted in other chapters, it argues that policies and policy outcomes were largely shaped by processes of interaction between these different elements.