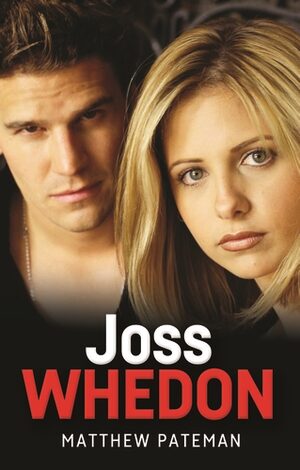 Joss Whedon explores the televisual texts that have been worked on by Whedon, from his earliest days as a writer on Roseanne to this involvement with S.H.I.E.L.D. In doing so it engages in and challenges a range of important questions about these works, but also about the broader recent history of television in the USA and the UK, and the studies of it. The Part I looks at three periods of Whedon’s career (up to the end of season 3 of his iconic Buffy the Vampire Slayer; the years covering the full run of Angel; and the time between the ending of Angel and the present day). Looking at changing modes of production, distribution and viewing, this section offers Whedon in the context of the recent history of television, as well as locating his contribution to other media such as comic books, internet series and films. It also looks at his involvement in liberal politics and assesses the politics of his shows.
Part II provides readings of each of his most important television shows through the lens of his narrative choices. These range from the importance of the exposition scene in Buffy to questions about the very possibility of serial narrative in Firefly; the significance of narrative complexity in Angel and the empty slate narrative of Dollhouse.
Throughout, it uses textual analysis, historical assessment, scholarly sources, as well as my own unique correspondence with Whedon collaborator Jane Espenson, and the exceptional store of draft scripts for the episodes that she wrote. A transcript of the correspondence is included as an appendix.

‘The word is incest’
Abstract only
Narrative, affect and judgement in and across the Lolitas
Matthew Pateman

Through intertext, adaptation, nominative re-births and epiphanies, Lolita (1955) enacts a kind of incestuous narcissism, a self-consuming act of libidinality and linguistic desire that offers a fantasy of self-exculpation and discovery, a narrative of abuse and trauma, and a meta-fiction that revels in the performative perversions its characters suffer from. Each part of the novel is born of an incestuous relationship with an earlier (part of the) text, every subsequent re-statement of Lolita carries this textual-familial weight.
This essay frames an analysis of the novel and its two filmic daughters in the light of these three strands: a realist fantasy of a man’s maniac relationship with a girl who becomes his daughter and sexual partner; his ‘confession’, her distorted trauma tale; the various formal, stylistic, intertextual “incests” that stand in dizzying juxtaposition to the ‘ethical impact’ assigned to it by the pre-facing John Ray Jr.

‘Buffy is the slayer. Don’t tell anyone’
Abstract only
Creating a cultural phenomenon
Matthew Pateman

This chapter establishes some of the central concerns of the book by looking at the creation, and first three seasons of, Buffy the Vampire Slayer. It encourages us to look at television as mass mediated public art, always commercial as well as aesthetic, always implicated in power, capital and politics, even as it might strive to critique some of those institutions. Additionally, it offers a discussion of the changing shape of mass culture, social media and technology and the ways in which Buffy both benefited from and contributed to, these changes in the process of becoming a cultural phenomenon. Some of the major themes and most compelling aesthetic questions of the show are also investigated.

‘How do you know what this guy’s gonna do?’
Abstract only
Producing worlds, changing worlds
Matthew Pateman

The years 1999–2004 saw massive shifts in fortune, direction and fame for Whedon. This chapter assesses the industry changing effect of the move of Buffy from The WB to UPN, and also places the calamitous relationship with Fox over its treatment of Firefly in the important context of US television network history. It also examines the broadcast of Buffy and Angel in the UK and the poor decisions made by the BBC, Channel 4 and the attendant role of the Broadcasting Standards Authority. It also offers the most comprehensive analysis of the role and history of Mutant Enemy, Whedon’s production company, and the key players within it. This is interwoven with analyses of the shows, and some of the more problematic aspects, such as the initial tension between the different writing teams, and the strains placed on them by the sheer number of projects Whedon was working on.

The years since Angel’s end have seen Whedon emerge as one of the most important figures in Hollywood. As his television work diminished, his presence in the film world grew enormously both in terms of blockbusters that are part of some of the most powerful and richest corporations in the world; and as a producer of low budget independent films. The tensions between the would-be geek outsider and the multi-billion-dollar blockbuster powerhouse are rife in this period. I use the Commentary! to Dr. Horrible for an extended assessment of the conflicts between Whedon’s liberal politics and his place at the heart of corporate America, and some of the ways this is manifested in his work. Alongside this, I look at his contribution to comic books, his early pre-Buffy film writing career and its role in this period, the causes and importance of the strike by the Writers’ Guild and how this transformed Whedon’s later career. I also continue the book’s examination of under-developed aspects of television studies with an assessment of the role of the editor in Whedon’s work.

This chapter explores and celebrates the generic diversity, hybridity and vitality of Buffy by looking at the role, function and malleability of the exposition scene. Central to every episode, these scenes explain to both the characters and the viewers what the situation is and how it can be best overcome. Nearly always delivered by Buffy’s watcher in the early seasons, the writing of them requires exceptional skill and subtlety to stop them becoming mere predictable explanations, and instead to be great moments of characterisation, thematic development, comedy, drama, pathos. The episodes chosen include, ‘Welcome to the Hellmouth’, Pangs’, ‘Hush’ and ‘The Body’.

‘I love a story with scope’
Abstract only
Angel – cross-overs, complexity and conclusions
Matthew Pateman

This chapter develops an argument about Angel’s extension of the Buffyverse into new and more adult themes and situations. Focusing on cross-over episodes and their capacity to provide innovative and exciting ways of producing narratives between and within the shows, I also discuss the relationship between cross-over ‘event’ episodes and the so-called ‘sweeps’. It is not just cross-overs that allow for the extraordinary range and depth of Angel’s storytelling – it is also the ability and willingness to provide the deep histories that come with a show where some characters are 400 years old. The narrative games with time and character presence/absence is fully exploited by the talented writing staff, as is the full range of colour-coding and dress-setting that is so central to televisual storytelling. Finally, the chapter explores the production history that led to the televisual climax of the show, and assesses its efforts to conclude not just a show but an entire tele-mythopoeic universe.

This chapter is designed to highlight the quality of writing on Whedon’s shows, and to use one example (Jane Espenson) to illustrate both the individual writers’ talents, capacities, skills but also Whedon’s involvement in every script that bears his name on Mutant Enemy shows. Using a mixture of draft scripts, exclusively available to me, and a unique correspondence between myself and Espenson, the chapter examines in great detail the drafting process of three episodes, and shows how important even tiny changes to seemingly unimportant scenes are to the overall palette, tenor, shape and meaning of an episode. Identifying structural and formal features that enable the dizzying shifts in generic and thematic concerns, the chapter ensures that writing is seen as the total script and not just the dialogue, drawing attention to Espenson’s dynamic use of description and stage direction. The chapter is a unique contribution to the study of televisual pre-production.

‘Why’d this get so complicated?’
Abstract only
Narrative and televisual analysis via Firefly
Matthew Pateman

This chapter begins with a series of reflections on the nature of televisual narrative, seriality, representation, format and temporality. This theoretical inquiry develops into a discussion of Firefly, and that series’ challenge to assumptions about sequence, intent, pilots and story arcs. Touching on contemporary ‘dump’ models of scheduling in the Netflix era, the chapter poses questions about the relationship between different time-frames of TV, and posits the need for criticism to allow for the processes of viewing to be part of the discussion of the viewed product.