The state is a complex and even contradictory space, an ensemble of institutions balancing representative, interventionist and institutional dynamics (Jessop, 1982, 2002). What is more, the state intervenes not just in social spaces but also in ideological ones where specific issues, sensibilities and even national debates develop and configure the nature and impact of state policies (Locke & Thelen, 2006) – (see Martinez Lucio and MacKenzie, 2017 for an overview). Within these social and ideological spaces the question of gender and equality more broadly is a significant dimension which is often missing but which, when added to any analysis, will allow us to evaluate more clearly the extent and failings of labour rights and policy – as Jill Rubery’s work shows. Furthermore, in relation to the role of the state in the current context of austerity, we need to be also mindful of believing that the state will be easily reconfigured into a ‘neo-liberal’ or ‘withdrawn state’ in terms of the economy as the emerging social tensions and contradictions in social and employment terms will draw aspects of the state back into new roles (Rubery, 2010). 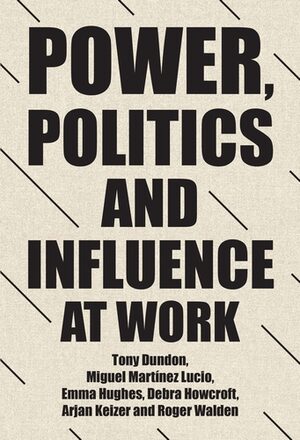 The book is about the changing nature of work and employment relations power. It is directed at those who are activists or supporters of goals for a better and more equitable working life, including students, policy makers, trade unionists and CSO/NGO activists. The book engages with competing debates and perspectives about labour agency, examining inter alia the power of the nation state, issues of bogus self-employment and the gig economy, and the inequalities from market reform and globalisation. The book supports a range of modes of student learning, including courses for trade union and community groups. Its contents cover the employment contract, the power of the state, technology and work, globalisation, employee voice and union mobilisation, worker voices beyond the workplace, the future of work and the goals towards a ‘decent’ work agenda.

Chapter 4 debates the decline in worker voice. It reviews different forms of voice: ‘institutional’ (e.g. works councils); ‘union participation’; ‘collective bargaining’; ‘non-union voice’; and ‘external actors’ (e.g. civil society groups and associations). It argues that while employee voices are increasingly fragmented and fractured, there are shades of light and hope in terms of new forms of creative labour mobilising and social engagement.

Chapter 5 reviews the previous debates and comments on the scale and extent of fragmentation of work and employment conditions, regulations and diminished power sources. It then charts three broad future vistas, connecting to political trajectories and a reinvigorated role for the state and agents shaping power at work and the importance of people first in future policy debates.

The chapter reviews shifts to global capitalism, the rise of non-standard employment relationships and the prevalence of work precarity for many people, including flexibility, work in the gig economy and the rise of new technologies shaping the future of work

Chapter 1 introduces the key ideas, themes and perspectives underpinning the book. Important concepts and frameworks of power associated with changes in work and employment are introduced; and the ‘work and employment studies’ approach adopted in the book is explained. The core content of the book is also outlined and mapped against six shifting dimensions shaping labour agency in the workplace.

Chapter 3 unpicks the regulatory context of worker voice and influence. It analyses how the general nature and role of the state has changed and continues to evolve; the influence of policy positions and legal intervention on employment relations; and institutional responses to gender inequality and labour migration. It contends that the world of work and employment has been decollectivised by bogus self-employment and individualised employment rights.