Clear All
Download Citations
Page:12 ... 56789101112131415 ...
The EL as the ‘nexus of networks’?
Abstract only
Developing relations with the movements and broader European radical left
Richard Dunphy and Luke March

Introduction It was intrinsic to the EL's founding ethos that it was a bottom-up ‘networking party’ – aiming for the ‘integration of working groups and actors of all kinds’ in order to ‘open politics to citizens, and to carry through common demands by coordinated action’ (European Left, 2010b ). This networking identity was a natural result of the inclinations of EL founder parties such as the PRC and Synaspismós, which were central participants in the global justice movement via the European Social Forums; after all, this movement can be conceptualised as a

7 The UDF in the 1990s: the break-up of a party confederation Nicolas Sauger The right The UDF in the 1990s Introduction The principal dynamic of the French party system under the Fifth Republic has been that of the so-called ‘bipolar quadrille’. By the end of the 1970s, four parties of approximately equal strength were monopolising over 90 per cent of the vote in their respective left and right blocs (Parodi, 1989). Nevertheless, this end-state had taken twenty years to produce, concluding in 1978 with the formation of the UDF. The UDF managed to create an

financial speculation. The class conflict and political polarisation at the heart of the 1995 strikes appeared to confound orthodox analyses which saw late twentieth-century France as a society of consensus and institutional stability (Furet et al., 1988). This polarisation, however, was expressed almost exclusively outside the major political parties. Yet the political system 91 92 The left itself, despite the turbulence of intra-party relations, underlined by a series of splits from the RPR and UDF in the wake of the left’s return to power in 1997, appeared

and even fuelled by debates about the appropriate role for national divergence (‘sovereignty’) versus allegiance to the EU's common transnational rules (in particular the indivisibility of the ‘four freedoms’ of the EU's single market – freedom of goods, capital, services and labour). Since the 1970s, a critical prism through which debates over intergovernmentalism versus transnationalism have been seen is the EU party system. From the outset, the EU institutions (above all the European Parliament (EP)) contained the nucleus of a nascent

Linehan 02 13/6/07 11:29 Page 27 2 Into the Party structure: the communist children’s movement We Young Pioneers are gay, In the day of struggle; For the foe is up today; But he’ll be down tomorrow. Chorus: The way to freedom is our goal, The struggle is our brother; The world is like a sailing boat, And we are at its rudder.1 The task of grooming the communist child extended beyond the confines of the communist home. From age ten during the 1920s and age nine from the early 1930s, children became eligible to join the communist children’s organisation, the 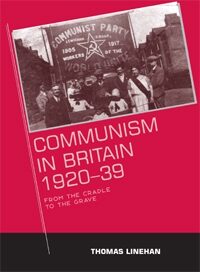 ITLP_C08.QXD 18/8/03 10:00 am Page 116 8 Ross McKibbin: class cultures, the trade unions and the Labour Party John Callaghan The work of the historian is always a complex and heterogeneous aggregate of theories, narrative, interpretation and analysis. Such originality as it possesses lies more often than not in the distinctive pattern which the historian gives to the components of his or her work, rather than the components themselves, many of which may be found elsewhere. The three books by Ross McKibbin which form the focus of this chapter raise 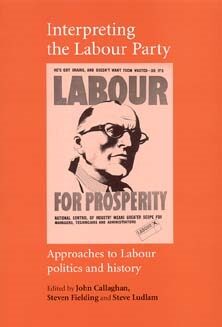 ITLP_C10.QXD 18/8/03 10:01 am Page 150 10 Too much pluralism, not enough socialism: interpreting the unions–party link Steve Ludlam A central object of Labour’s re-branding as ‘New Labour’ was to distance it from its trade union affiliates (Gould 1998: 257–8). The relationship was tense before and after the 1997 election, when Blair reduced the unions’ formal power in the party, and restricted employment policy initiatives largely to his predecessors’ promises (Ludlam 2001). But discontent was limited by real union gains, and tension eased markedly between

up to the new responsibilities which have recently been placed at their feet. Structure and membership The democratic formality of the party is an attempt to save the Greens from oligarchic tendencies as well as to establish the following principles: free engagement, enshrined in membership regulations; free expression within the party, to fight against the tendency of the individual to disappear under the force of militancy; and the revitalisation of democratic practice, in particular participatory democracy. The 56 The Greens: from idealism to pragmatism 57

From Healey to Miliband
Abstract only
The election of Labour leaders and deputy leaders by the Electoral College
Andrew Denham, Andrew S. Roe-Crines and Peter Dorey

The period of Foot’s leadership that began in November 1980 was one of ‘unremitting gloom’ for the Labour Party and ended in June 1983 with its lowest share of the vote in any general election since 1918 (Heppell, 2010a : 89–90). In this chapter, we examine the election of Labour leaders and deputy leaders by the Electoral College from its creation in 1981 until 2010, when it was used for the last time. Before doing so, we first explain why Labour’s previous system of leadership selection by the PLP alone came under increasing attack in the 1970s and how its

‘What kind of people are you?’
Open Access (free)
Labour, the people and the ‘new political history’
Lawrence Black

ITLP_C02.QXD 18/8/03 9:55 am Page 23 2 ‘What kind of people are you?’ Labour, the people and the ‘new political history’ Lawrence Black Like their subject, historians of Labour have tended to be attached to tradition and sceptical of novelty – in short, rather conservative. Newer tendencies are nonetheless evident. These result, in part, from changes in Labour. New Labour’s constitutional reforms, its engagement with issues of national identity and communication skills have been concurrent with recent work on the party’s past in such areas (Chadwick 1999