its structures, working in the townships, using art, music and drama to convey its message and debating feminist issues in terms of its own organisation and in wider South Africa. Connell, investigating the Green movement’s contestation of ‘hegemonic masculinity’, notes: ‘Even without feminism, these themes of Green politics and culture would provide some challenge to hegemonic masculinity, at least at the level of ideas. Dominance is contested by the commitment to equality and participatory democracy. Competitive individualism is contested by collective ways of 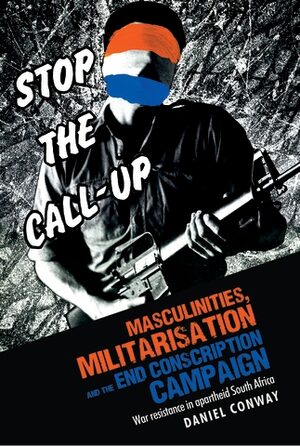 people make that break. (ECC activist Janet Cherry, cited in Frederikse, 1990: 214) Resisting conscription, whether as a conscientious objector or as a peace activist in the ECC, was an alternative performance of citizenship and gender identity. Objectors were ‘strangers’ in the public realm whose contestation of conscription also contested the central performance of citizenship and masculinity. Although the refusal to perform conscription united objectors and ECC activists, this chapter will argue that, despite this commonality of goals, there were multiple

Degeneration, masculinity, nationhood and the Gothic
Abstract only
Andrew Smith

, the gambler, the alcoholic, the criminal and the artist were just some of the characters who, at various times, composed a pantheon of degenerate figures. It is, however, the idea of masculinity and its susceptibility to pathologisation which concerns us here, and it was an issue given particular prominence by Max Nordau in Degeneration (1892), a book which is also, in part, a summation of earlier

rightwing discourses relating to France’s postcolonial others continue to encapsulate the fears and anxieties of the majority white population, the representations of such marginalised masculinities are of crucial significance. Like the first beur films of the 1980s and most of the banlieue films of 1995, La Haine foregrounds a group of disaffected, unemployed working-class youths at an age when they would normally aspire to adult masculinity

1990 and was abolished by 1994. The ECC’s politics of gender was apparent in its internal organisational dynamics, public repertoires of action and the multiple discourses it deployed against conscription. These performative acts and gendered discourses contested and reconfigured hitherto profoundly militarised white masculinities and femininities. The assessment of social movements has progressed from defining and analysing the ‘outcomes’ of such movements to focusing on the interpersonal dynamics, political debates and, in particular, gender relations between

, conceptions of objectors and soldiers generate competing models of masculinity. Objectors were alternately and sometimes concurrently, ‘despised and rejected’ by wider society and their masculine identity contested and undermined as they were branded ‘cowards, shirkers and “unmen”’ (Bibbings, 2009: 50 and 89). Men who objected were stigmatised as ‘deviant’, representing varying levels of ‘degeneracy, decadence and criminality’ (Bibbings, 2009: 111). This deviance was sexualised as men were considered effeminate and sexually deviant; the idea also drew from and contributed

message offered by objectors being treated with suspicion and often hostility. However, the continued imposition of military service on white families, the changing role and circumstances of the SADF and the deepening malaise of the South African state gave objectors an increasingly rich source from which to construct an alternative narrative of citizenship and masculinity. As the 1980s progressed, it became increasingly clear that the NP’s governing strategy was unsustainable and in crisis. Consequently, the liberation movement (particularly the ANC) concluded that the

Readings of William Beckford‘s novel Vathek suggest it encodes homoerotic desire and suspect masculinity in its themes and narrative structure when read alongside the life of the author. Horace Walpole‘s The Castle of Otranto can be read with the same methodology. The narratives of identity reversal, both gender and social, and its tropes of hyperbolic masculinity as sources of fear are interpreted according to the central importance gender has for understanding Walpole‘s conception of his sexuality. The novel exhibits a fear of gossip and rumour over identity, which may be related to a fear of public exposure of homoerotic desire as it is (mis)understood in terms of same-sex practice between men.