Thornycroft’s intention, the 1884 plaster version of The Mower – enhanced by its epigraph – demonstrates what Oscar Wilde was to adumbrate less than four years later in ‘The Decay of Lying’, that ‘life holds the mirror up to art, and either reproduces some strange type imagined by painter or sculptor, or realises in fact what has been dreamed in fiction’ and, we might add, poetry. The energy of life, Wilde claims, ‘is simply the desire for expression, and art is always presenting various forms through which this expression can be attained’.4 This inceptive version of 166

Evadne c­ ontemplates euthanising the baby she has with her second husband, fearing it faces a useless life of mental illness. In Mrs Musgrave, Marsh explores a very similar discursive landscape. Mrs Musgrave also followed in the wake of the Pioneer series’ The Green Carnation, first published anonymously in 1894 but later attributed to Robert Hitchens. This novel caused an immediate scandal by its thinly veiled fictionalised depiction of the relationship between Oscar Wilde and Lord Alfred Douglas. Although Hitchens had told the story using other names, the connection

Kipling, Robert Louis Stevenson, H. Rider Haggard – have achieved canonical status, their most successful literary creations widely known among the general public. Others – Guy Boothby, Fergus Hume, Marie Corelli, Hall Caine – were successful at the time but have not transcended their period. By contrast, the ‘serious’ literature of the period tended to prioritise the realist mode favoured by Thomas Hardy and George Gissing, or anticipated modernist experimentation, as with the work of decadents and New Women such as Oscar Wilde, Vernon Lee and George Egerton. The fin

as Guy N. Smith (b. 1939) who wrote three or four 40,000– 60,000-word paperback novels a year during the 1970s and established significant numbers of loyal fans without ever troubling the bestseller lists or the reviewers of the Times Literary Supplement. Astonished by the prolific output of Arthur Symons, who supplied the letterpress for an entire edition of the Savoy in December 1896, Oscar Wilde wondered if he was not an actual writer but a syndicate. Anyone noting the dates and word counts in Minna Vuohelainen’s invaluable guide to Marsh’s fiction could be

Faith, people, and place
Abstract only
The English union in the writings of Arthur Mee and G.K. Chesterton
Julia Stapleton

, Chesterton concentrated much of his early fire on the movement in art and literature that developed in the 1880s known as the decadence. This was associated with the work of Oscar Wilde, Walter Pater, Aubrey Beardsley, George Moore, Max Beerbohm, and the infamous ‘Yellow Book’. The decadence injected a new freshness into the fin de siècle after the earlier phase of Aestheticism

Britain, he offered another, sometimes a critique of that official view. Inflammatory assertions were tempered with bathos and punchlines: the model was more Oscar Wilde than Arthur Scargill. He could even match one summative slogan (‘There Is No Alternative’, ‘On Your Bike’) with another (‘Meat Is Murder’, ‘The Queen Is Dead’). Of course, Morrissey was marginal to the discursive contests of the day, and his contributions altered no politician’s course. Thatcherism had more prominent, accredited opponents: Neil Kinnock, Ken Livingstone, Edward Heath. Even within pop

Guantánamo, here we come
Abstract only
Out of place with The Smiths
Nabeel Zuberi

Foucault has called ‘technologies of the self ’: ways of disciplining the body and generating discourses of self and belonging.6 In the music press and style mags of the 1980s, Morrissey was himself a walking advertisement for Foucault’s ideas about the care of the self and Judith Butler’s theories about the social injunctions to perform gender, race and class. Like one of his heroes, Oscar Wilde, Morrissey reflected on the fashioning of the ‘subject’ in public. This was a self predicated to a great extent on the declaration of consumer preferences. Morrissey wore the

discernible impact on the classification of bodies between 1914 and 1918. By extension, there is no proof that the doctors employed on the medical boards possessed the skills to identify and label the queer recruit, especially since they were primed to look for physical rather than moral degeneracy. The outbreak of the First World War, and the national emergency that ensued, drowned out debates surrounding effeminacy, decadence and same-­sex desire, debates that had been instigated by the public trials and prosecution of Oscar Wilde in 1895.12 Although there were certainly 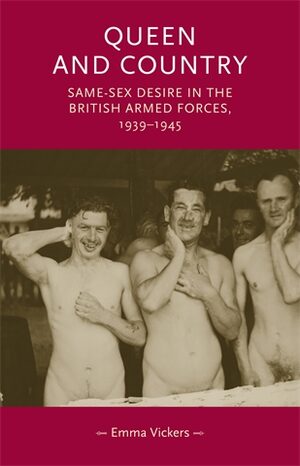 On measuring the nineteenth century
Abstract only
John Schad

1940, in a hotel room in occupied France, the Arcadist, for fear of capture by the Nazis, will kill himself. In contrast, Adorno, a scholar, finds refuge in the American academy: a quiet room, a safe office. But I have digressed – in the words of Oscar Wilde, ‘I forgot I was...in the nineteenth century’ (Wilde, 1949 : 87). To return to Adorno’s commentary, the Arcadist encounters, in his lifetime, an era so terrible as to make if not a heaven of the nineteenth century then at least a purgatory. It is a vision that is

hunting the vampire. The issue of reading and health in the novel can also be located historically. Maggie Kilgour has suggested that the figure of the Count can be read as a gloss on Oscar Wilde who, as Michael Foldy notes, was imaged in the British reactionary press during the trials as a predatory quasi-aristocratic figure whose corruption was partially compounded due to an interest in apparently dissolute French literature (Kilgour, 1998 ; Foldy, 1997 ). 6 Wilde therefore becomes figured as an unhealthy reader and