Clear All
Download Citations
Page:1234567891011
From punk to post-punk
Abstract only
A tale of three cities
Nick Crossley

time Factory and Tony were just another clique. (Nice 2010: 58) Liz Naylor, a contributor to the City Fun fanzine who enjoyed some involvement with Factory, is more forthright: We used to call them Fat Tory Records. The way they dominated the city felt very elitist, and so lots of factions developed. It felt like it really mattered, like a war in which you took sides. I don’t know what for, though. (Liz Naylor, cited ibid.: 97) There are two points to note here. First, and most obviously, the Manchester post-punk world involved different factions, who were to

Goths in the sense that most members of the subculture understood it, the media labelled them as such and sparked a moral panic that incited American Goths to a good deal of spin-doctoring in fanzines, websites and local press. The present study is based on a survey of the British media, which is clearly influenced by American sources (the novels of Brite and Rice, the music of Marilyn Manson and other American bands

Metropolitan Police drugs squad and Criminal Investigations Department (CID)52 as well as the ever more insistent sniping of journalists and fanzine writers keen to pounce on the slightest evidence that they had ‘sold out’ the punk cause.53 The air of menace and perhaps impending doom summoned in these songs finds sharp relief on one of Give ‘Em Enough Rope’s standout tracks. In common with the track ‘1977’ discussed earlier, ‘English Civil War’ offers a premonition of the serpent’s egg hatching within the crisis of British social democracy at the time. The track was

exhibition context.17 National film archives and queer minor archives tend to host impressive collections of books, fanzines, press cuttings, flyers and posters, which would provide a historical context for the film footage, embedding it in its (sub)cultural framework. CONCLUSION The archival recognition of LGBTQ pasts leads to an increased queer visibility, but requires an ongoing reflection about the resulting risk of vulnerability. This chapter has examined this ambivalence of visibility faced by national film archives when trying to create a more inclusive heritage in

there has been a greater deliberative effect on the political system. While he notes that new technologies have helped the development of such diverse pursuits as online radio and the production of fanzines, ‘such attempts have done little to break with this history of marginality … the history of such media is replete with such marginality: economic, cultural and political’.69 Castells also notes that there were alternative political practices long before the development of modern technologies; ‘other communication processes and media, both wired and unwired, were

ideological commonalities with Sinn Féin: he was anti-austerity, supportive of opening democracy in the EU and giving authority back to the parliaments, and pro-solidarity. He noted, ‘We want a Europe of solidarity and not the neoliberal Europe.’11 Harry McGee asserted in the Irish Times that the Ó’Broin interview could have ‘come straight out of a fanzine’, also noting that, ‘other left-wing parties don’t believe Sinn Féin is a true party of the left’. He did counter accusations that the party was left arriviste: ‘that said, it is definitely left-leaning and has led the

active fan culture, and while Henry Jenkins (1992) has highlighted the ways in which such groups can shape discourses around television texts, Paul Rixon (2011) more recently pointing out the role played by the internet in these activities, fan responses will not be focused upon specifically here, if only for the reason that commercial magazines and fanzines do not necessarily represent a ‘general’ audience. In addition, as The Quatermass Experiment and Survivors arguably do not possess a fan following equal to that enjoyed by Doctor Who, examining fan reaction as an 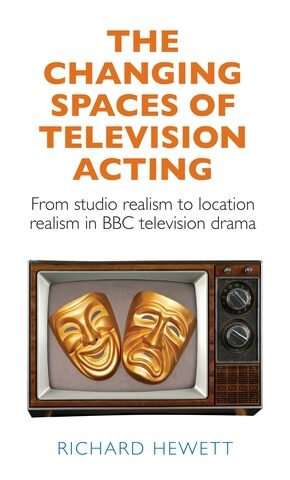 and record stores, and a growing underground of amateur fanzines, began to define the new movement’s parameters. Dave Laing makes the point that: ‘Unlike nearly every other youth subculture . . . punk began as music and punks themselves began as music fans and performers. In every other case, the youth adopted an already existing type of music.’14 It can be argued that punk represented a practical critique of the music industry at the point of production. Laing makes a connection with the ideas of Walter Benjamin, for whom the ‘message or content of a work of art

who described the mid-1970s as ‘an emergency. People were being attacked and murdered  … We were music fans looking for a way for ordinary kids who loved black music to have a voice. Out of that came a youth campaign that wasn’t about boring old-fashioned politics, but harnessed the energy of new sounds like punk and reggae.’49 RAR’s intentions were crystallised in the first issue of its fanzine, Temporary Hoarding, in which it declared: We want Rebel music, street music. Music that breaks down people’s fear of one another. Crisis music. Now music. Music that knows

Music Hate Racism (LMHR). Led for several years by Lee Billingham, LMHR took its name from the manifesto published in the first (1977) issue of the Rock Against Racism fanzine Temporary Hoarding: ‘We want Rebel music, street music. Music that breaks down people’s fear Smith and Worley, Against the grain.indd 252 03/06/2014 16:01:14 Anti-fascism in Britain, 1992–2012 253 of one another. Crisis music. Now Music. Music that knows who the real enemy is. Rock against racism. Love music hate racism.’18 LMHR copied much of the RAR template save for the addition of new