important irrigation crop, underpins Uzbekistan and Turkmenistan’s economies. It provides 30 per cent of Uzbekistan’s gross domestic product (GDP), 35 per cent of its employment and 27.4 per cent of exports. Similarly, over 50 per cent of both Kyrgyzstan’s and Tajikistan’s electricity production is generated using HEP.16 Demographic pressures further increase the contested nature of the region’s water. Between 1959 and 1989, the population of the basin states increased by 140 per cent.17 It is expected that it will increase by a third again by 2020.18 Fifty per cent of

Syria meant that R2P was dead (see for instance Rieff 2011 ). Even though it is undeniable that the norm remained contested, it would, however, be mistaken to underestimate how far it had come. Between 2012 and 2017 the UN Security Council passed forty-seven resolutions referring to the international norm, thereby showing not only its importance, but also the international community's willingness to continue promoting it (Global Centre for the Responsibility to Protect 2019 ). Additionally, as mentioned in the Introduction, in the specific case

in the face of arbitrary ruling … We can also see in it a runaway reaction … But I think that it is more just to consider derision as a consciousness-raising exercise, and as a consequence, a way of social contestation. (Toulabor 2008: 112) [I]t is in fact more plausible to contend that so far as the realm of ideology is concerned, no social order seems inevitable … the imaginative capacity of subordinate groups to reverse and/or negate dominant ideologies is so widespread – if not universal – that it might be considered part and parcel of their standard cultural

-based neocolonialism was not an easy one. In the process, the colonial powers held strongly to the principle of state sovereignty, arguing that the colonies and protectorates were part of their ‘sovereign domain’. The second dimension of the transition from colonialism to post-colonialism involved the search for identity by the former colonies. There were multiple influences over popular self

from the particularistic interests of its member states prior to 1989; the EU fulfilled an instrumental value for its member states even though it increasingly shaped those states’ definition of interest over time. The steady transition to a post-Westphalian identity has further enhanced the instrumental value of the EU for its members in the area of security, but in that process the EU has also assumed a substantive

on the part of actors (mainly states), scarcity of and competition over resources, exchange theory, and transaction-cost arguments. 3 These epistemological, and ultimately ontological, premises have been increasingly challenged by what Keohane loosely calls ‘reflective’ approaches, the shared characteristic of which can be said to include their rejection of fixed identities and

of social exclusion. 15 Constructivism shares with critical theory a concern to challenge the view of the world of positivist IR. Constructivists have developed a sociological explanation of world politics which focuses on the importance of ‘normative as well as material structures, the role of identity in the constitution of interests and action, and the mutual constitution of 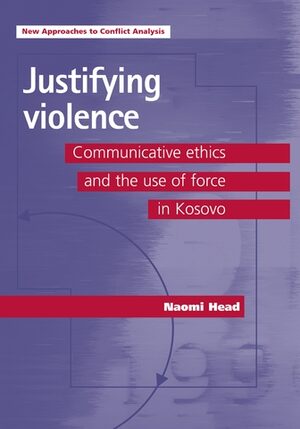 of the humanitarian crisis which existed on the ground, it also served to make it significantly harder to contest the terms of the public debate. The criterion of ‘last resort’ forms part of the just war tradition’s jus ad bellum and played an important role in justifying the shift to the use of force in 1999. 6 In the context of non-consensual use of force for humanitarian purposes, the

joined, or were soon to join, the Federation. 5 These territories outside of Aden State, known as ‘the hinterland’, remained dominated by tribes and tribal politics, and the Federation never developed a cohesive political identity. 6 Aden Colony became Aden State when it joined the Federation. However, Britain retained sovereignty. 7 Federal rulers were obliged to