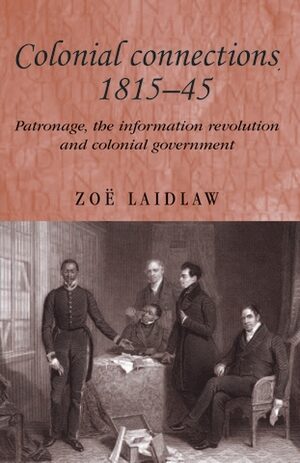 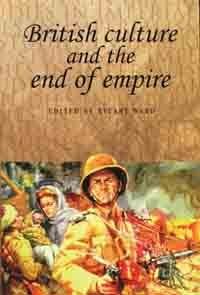 The demise of British imperial power in the three decades following the Second World War is a familiar theme in the study of post-war British politics, economics and foreign relations. This book is the first major attempt to examine the cultural manifestations of the demise of imperialism as a social and political ideology in post-war Britain. It stresses and strains of imperial decline were not safely contained within the realm of high politics. British governments had to steer a delicate course between a firm display of British authority and control. The book begins with an overview of the persistence of imperialism in popular culture in the post-1945 era. Although an elitist and unashamedly 'establishment' grouping, the Round Table had always been actively engaged in the wider dissemination of an imperial outlook. The Commonwealth anaesthetic was at its most effective at the time of Queen Elizabeth's coronation in June 1953. The book then examines the remarkable coincidence of the coronation and the conquest of Everest, an event that became heavily imbued with late imperial hubris. An account of the complex picture of a British theatre, post-war cultural scene, the anti-establishment sentiment, and the shortcomings of Britain's ruling elites, follows. The book also examines Britain's steadily dwindling imperial power was mirrored by the demise of English cricket. The culture of imperial decline, namely that of popular children's literature is discussed. The book talks about the nostalgic trail of post-imperial British travellers, immigration divide, and the relationship between western feminism and colonial nationalism.

This book examines British imperial attitudes towards China during their early encounters from 1792 to 1840. It makes the first attempt to bring together the political history of Sino-Western relations and cultural studies of British representations of China, as a new way of understanding the origins of the Opium War – a deeply consequential event which arguably reshaped relations between China and the West for the next hundred years. The book focuses on the crucial half-century before the war, a medium-term (moyenne durée) period which scholars such as Kitson and Markley have recently compared in importance to that of the American and French Revolutions.
This study investigates a range of Sino-British political moments of connection, from the Macartney embassy (1792–94), through the Amherst embassy (1816–17) to the Napier incident (1834) and the lead-up to the opium crisis (1839–40). It examines a wealth of primary materials, some of which have not received sufficient attention before, focusing on the perceptions formed by those who had first-hand experience of China or possessed political influence in Britain. The book shows that through this period Britain produced increasingly hostile feelings towards China, but at the same time British opinion formers and decision-makers disagreed with each other on fundamental matters such as whether to adopt a pacific or aggressive policy towards the Qing and the disposition of the Chinese emperor. This study, in the end, reveals how the idea of war against the Chinese empire was created on the basis of these developing imperial attitudes.

– commissioned by governments and military agencies – which were aimed at the Chinese audience. Visual methods of persuasion and indoctrination appealed to both sides in the conflict, because of the low level of literacy in the country and the strong folk-oriented visual tradition of the Chinese people. To mobilise popular support for the respective military governments, political cartoonists relied not only on existing, centuries-old pictorial vocabularies, but created new ones as well. These political images were usually produced in large quantities and distributed among the

When Sir Frank Packer took over the Sydney-based Bulletin magazine in late 1960, he handed editorship to Donald Horne. The first thing Horne did was to take the slogan ‘Australia for the White Man’ off the banner. This removal was not merely cosmetic, because Horne was determined to refashion the symbolic organ of White Australian cultural nationalism in a new internationalist way. While Horne's politics at the time were Cold War libertarian, he was already a maverick, and showed this by hiring Les Tanner as chief cartoonist and art director

As Richard Scully and Andrekos Varnava note in their introduction to this volume, political cartoons, comics, and caricatures have yet to find an equal place alongside more traditional objects of historical study, and are often relegated to illustrating, both literally and figuratively, supposedly more substantial historical phenomena. One might make a similar observation about the role of graphic texts in a large proportion of literary scholarship, which similarly deploys them more for effect, or affect, rather than subjecting them to the

As the United States began to assert itself more forcefully on the international stage in the 1890s, American statesmen, commentators, and cartoonists sought to understand world power through the lens of its closest rival and chief model: the British Empire. Although diplomatic crises still troubled transatlantic relations, by the final quarter of the nineteenth century Americans celebrated the long-standing transnational cultural, social, and political connections between the two nations. For so long interpreted as debilitating neo

The British end game in Xinjiang
Abstract only
The decline of consular rights, 1917–39
Emily Whewell

conferred the right for Britain to have a stationed consul in Xinjiang who could exercise extraterritorial jurisdiction. Alongside the rise of Chinese nationalism and the determination of the Xinjiang political elite to revoke British privileges, British consular jurisdiction in the province appeared destined to crumble. In this chapter, I show how consuls-general navigated this process of decline based on the nature of the community, practicality and political objectives. From 1917, consular representatives tried to buffer their most important rights, whilst conceding

political action. 1 Writing about imperialism as a concept, Lorenzo Veracini discussed an idea useful to the study of the American West. ‘Settler colonialism’, as he explains it, expands imperialism to include ‘different modes of empire’. It distinguishes between traditionally understood empires – ‘the localised ascendancy of an external element’, usually a government – and a more specific phenomenon in which people move into a space in order to be ‘founders of political orders and carry their sovereignty with them’. As

nationalisation of the canal as imperialism in another guise. As Egyptian, British, and French cartoonists commented on the events surrounding the Suez Crisis, they also looked to the past for precedent by digging deep into the rich reservoir of icons from the high age of imperialism – such as Britannia and Marianne, the British lion, historical analogies, literary references, and classic imperial cartoons themselves. European imperialism provided rich fodder for political cartoonists, both those celebrating empire and those critical of its costs, and as colonies gained