Among the numerous human remains found in circular pits belonging to the fourth millennium BCE cultures north of the Alps, there are many examples of bodies laid in random (or unconventional) positions. Some of these remains in irregular configurations, interred alongside an individual in a conventional flexed position, can be considered as a ‘funerary accompaniment’. Other burials, of isolated individuals or multiple individuals buried in unconventional positions, suggest the existence of burial practices outside of the otherwise strict framework of funerary rites. The focus of this article is the evidence recently arising from excavation and anthropological studies from the Upper Rhine Plain (Michelsberg and Munzingen cultures). We assume that these bodies in unconventional positions were not dumped as trash, but that they were a part of the final act of a complex ritual. It is hypothesised that these bodies, interpreted here as ritual waste, were sacrificial victims, and a number of possible explanations, including ‘peripheral accompaniment’ or victims of acts of war, are debated.

understand how very believing and practising Muslims experience the world, then you must somehow try to put yourself into it. The greatest trick of the devil is to convince us that he doesn't exist. Denial of the existence of the invisible, of God, angels, jinn, and the afterlife is the work of the devil. So if you doubt what I am telling you now, then you should try to imagine that this doubt doesn't stem from yourself. At least this is how many of your Muslim patients would understand the situation. Doubt is inserted into you by small invisible devils that flow through

in which invisible spirits take residence in the visible world – in this case: ‘a black woman from Congo who speaks Kurdish’. The image, in this sense, provides a case example illustrating a range of phenomena that can be grouped within the category of spirit possession. Yet as we shall see, it is a complicated case. The image, however, is also an example in a different sense, namely in the sense of providing visual evidence for the existence of the case example – evidence of the fact that the case example as an event actually happened

particularities on the basis of which the group targeted for annihilation is defined and differentiated. The bodies are marked with distinctive signs. Need one recall the ignoble yellow star? The bodies and the faces of the individuals are mocked, caricatured, mistreated, dehumanized and then destroyed. This has a very HRMV.indb 63 01/09/2014 17:28:36 64  Caroline Fournet precise objective: to remove all traces of the existence of the group targeted for destruction, including in the bodies of the individuals, including in their human aspects. The Nazi univers

Conclusion
Abstract only
The frayed edges of the spectacle
Stewart Allen

throughout history, Foucault ([1967] 1986: 24) states, there have existed heterotopias. Heterotopias enact the Other to everyday existence. They provide us with the hope and comfort that alternative social orderings and ways of being are possible. Heterotopias thus serve the purpose of reassurance. The Barefoot College is one such place. It reminds its audiences in India and beyond that notions such as caste and gender equality, social transformation and self-empowerment are possible and worth pursuing. However, heterotopias as demarcated sites existing on the frayed edges 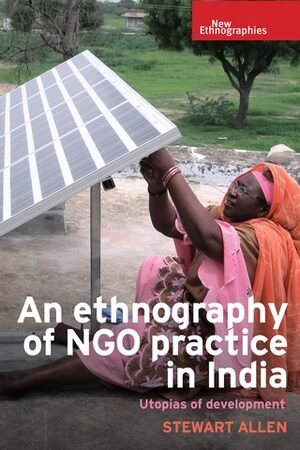 terms of what Lucy Suchman describes as a ‘configuration’: The device of configuration has two broad uses. First, as an aid to delineating the composition and bounds of an object of analysis, in part through the acknowledgment that doing so is integral not only to the study of technologies, but to their very existence as objects. And second, in drawing our analytic attention to the ways in which technologies materialize cultural imaginaries, just as imaginaries narrate the significance of technological artefacts. Configuration in this sense is a device for studying

arrest the natural temporal process of decay, but also not to be witness to it. We might investigate the elaborate symbolic forms of modes of preservation in different cultures, and whether these correspond to a melancholic attachment to loss, or in the extreme, to an occlusion of the loss by claiming the ability to govern it. III Why humans in the East and West grieve the dead is not, I suspect, because they are gone, but, on the contrary, because they won’t go away. As intersubjective beings, humans do not think their existence alone but experience it in a

How to become a patient
Abstract only
Christian Suhr

modes of existence seemed to testify to the truth of God. People could see in me the battle between good and evil taking place. As they explained, the moment a person decides to take up prayer is the moment they are attacked most intensely by the whispering of shayāṭīn – evil jinn and humans. Their retelling of their own or other people's experiences of clashes with jinn became part of their attempts to help me onto the straight path ( al-ṣirāṭ al-mustaqīm ). But sometimes I got the feeling that my presence and interest in jinn were

) force on some of those copresent with them. It is this dynamic that brings forth the excess that everything always hold in reserve. This excess is inaccessible and as such an unknowable-unknown, yet its existence is grounded in the absolute contigency of it all. The above collapses of meaning lead to Stone’s horrid sanguinary carnival, taking place within reality and as such produced by it (for example through the physical presence of corpses). But just as importantly they are conditioned, constrained and patterned by it. Although there is no reason to assume that all