men and nine women. At the time of their interviews, their ages ranged from 63 years to 98 years. Two commenced nursing in the 1930s, five in the 1950s and eight in the 1960s. All the nurses had worked in NHS hospitals. All of the nurses identified themselves as having Caucasian ethnicity. One was originally from France and three were originally from the Republic of Ireland; the rest were from the UK, Jersey and the Isle of Man. The eight patients were male at the time they received treatments for their sexual deviations; however, two later underwent gender

From ‘pairs of hands’ to family doctors
Abstract only
Julian M. Simpson

single-​handed doctor: when he was being taken by an ambulance, he was telling his wife—​ he was a Goanese doctor married to a Welsh lady—​and he was telling her ‘Dilys, Dr Pande’s number is there on my desk and he is available, give him a ring’. And it so happened that … my mother had come … so 163 From ‘pairs of hands’ to family doctors163 we had gone to Isle of Man for weekend visit. She started ringing from Friday evening till Sunday evening, must have rung twenty times and on Sunday evening at about six o’clock when I picked the phone up, she was the happiest

of Man were other popular and regular destinations for BDA holidays attended by north-west members. Particular interest groups were also catered for, with members from Pendle The leisure lives of deaf people in norTh-wesT england 133 amongst those taking part in Deaf Camping and Caravanning Club gatherings during the 1980s and 1990s.35 Manchester Deaf Club attended the 1965 Deaf Motorists Rally in Scarborough, whilst Lancaster and Warrington Deaf Clubs were amongst several clubs at the event in 1970, during which Warrington won the ‘Motoring Quiz’ and the 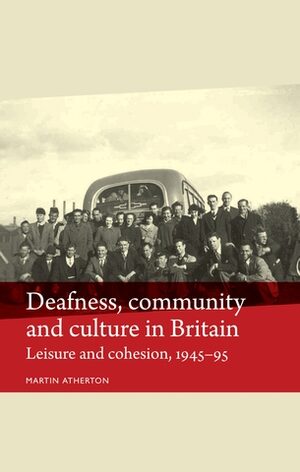 School of Economics, HCA/ EPHEMERA/1148, Letter from the West London Gay Liberation Front’s Anti-Psychiatry Group to a local GP about treatment of homosexuality in 1972. 2 Men in Scotland, Northern Ireland, Guernsey, Jersey and the Isle of Man had to wait until 1980, 1982, 1983, 1990 and 1993 respectively. 3 As with the rest of the book, the terms ‘gay’ and ‘homosexual’ are used interchangeably throughout this chapter. However, in keeping with the terminology used during the period, the term ‘gay’ is used more frequently. 4 Jivani, It’s Not Unusual, p. 141. 5

Gold who received aversion therapy in the 1960s for transvestism, recalls the climate at the time as ‘very scary’.98 Myrtle Pauncefoot remarked: ‘I don’t think the Isle of Man would have been a particularly nice place to be for a gay man in the 1950s and 60s.’99 Oscar Mangle remembers being ‘convinced’ he ‘was going to be arrested’ and burning all his letters from his lover, Louis, as he ‘didn’t want anything that could incriminate’ him.100 Meanwhile, Colin Fox thought he was a ‘bad person’ and he ‘lived in fear of going to jail’.101 These testimonies demonstrate how