and recognising individual citizens as agents rather than as observers in political settings (O’Mahony, 2013 ). Deliberative democrats make a very distinctive case; that is, they contend that no set of values or particular perspectives can lay claim to being correct and valid by themselves, but they are valid only in so far as they are justified. Moreover individual points of view need to be tested in and through social encounters which take account of the point of view of others – the moral point of view. (Held, 2006 : 233) This style of

more accepted if they fit in with the dominant normative values, such as monogamy, child-rearing and economic individualism. Seidman (2005: 45) explores this idea further, suggesting we now often make use of the concept of the ‘normal gay’ in thinking about sexuality, this meaning a gay person who is ‘presented as fully human, as the psychological and moral equal of the heterosexual.’ By integrating the ‘normal gay’ into the normative organisation of relationships, we lose the power that LGBTQ people might have to challenge heterosexual dominance. This can also 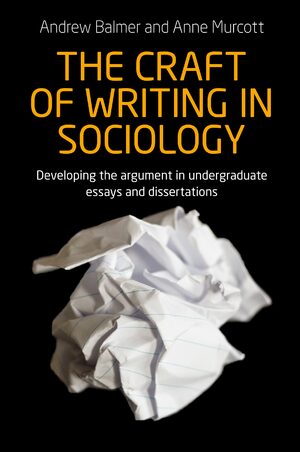 of scientific and intellectual ideas was seen to be a significant influence on political revolution in the late eighteenth century: science was the ‘prime suspect as the cause of social and moral collapse’ (Knight, 2009 : 30). Thus there were concerns that increasing academic interests and the associated questioning of religious principles might lead to social unrest, although these proved largely unfounded in some other countries, including Britain. Like the working man, women were permitted to be present at scientific gatherings, although often appearing

journalist and what implications such changes will have for the role of the media in democratic engagement (Franklin, 2014 ; Lee-Wright et al. , 2012 ). In similar ways the increasing openness of research expertise, whereby public participants are now seen to have useful contributions to make, has led to concerns around the role of the ‘expert’. Furedi describes the decline of traditional authorities and expertises as having implications: ‘The flip-side of the erosion of the moral authority of traditional institutions is the growth of deference to other claim

, 1990 : 7). As such, art might be judged by aesthetic principles or by the moral or political issues it raises, or any number of other criteria the art critic applies. Furthermore, while certain cultural institutions may be recognised as having the authority to determine what is and is not art, such definitions are not accepted by everyone. Concepts of art are also being challenged by the inclusion of research tools and technology that gainsay the notion of art as a static enduring object (Miller, 2014 ; Kac, 2007 ; Kemp, 2006 ). Miller reports on early

desire to strengthen the involvement and engagement of service users, carers and members of the public in research has been driven by: Partnership Consultation a. a strong moral argument that any publicly funded research that aims to benefit health status or health services should be shaped and informed by the people it will affect (Hanley, 2012) Informing b. accumulating evidence of the benefits of patient and public involvement in research (Staley, 2015) c. recognition that service users and carers, by virtue of their lived experience, can bring a wealth of

from morality, which involves a judgement on the part of the individual as to what is the appropriate moral behaviour (Wiles, 2013 ). Whether ethics should be applied or a matter for philosophical debate has not always been agreed upon; however, in the twentieth century increased ethical debate around topics such as war, women’s rights, environmental and medical issues saw a resurgence of applied ethical thinking (Attfield, 2012 ), demanding ethical practice beyond consideration of ethical issues alone. Alongside this, increased research, particularly associated

, arguably, research communicators also play a role in continuing to influence both how research communication is evaluated and the types of activities that are then encouraged and recognised. The impact agenda may well encourage more widespread take-up and opportunities for research communication, but at the same time there are dangers, should these become tokenistic or driven only by extrinsic incentives. Many researchers feel a moral responsibility to engage around their work, or to see research being applied or influential; others prefer to generate different