Clear All
Download Citations
Page:123456789101112
Women filmmakers and citizenship in Brazil, from Bossa Nova to the retomada
Abstract only
Catherine L. Benamou and Leslie L. Marsh 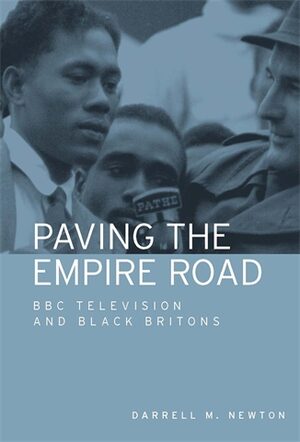 This book provides an institutional case study of the BBC Television Service, as it undertook the responsibility of creating programmes that addressed the impact of black Britons, their attempts to establish citizenship within England and subsequent issues of race relations and colour prejudice. Beginning in the 1930s and into the post millennium, the book provides a historical analysis of policies invoked, and practices undertaken, as the Service attempted to assist white Britons in understanding the impact of African-Caribbeans on their lives, and their assimilation into constructs of Britishness. Management soon approved talks and scientific studies as a means of examining racial tensions, as ITV challenged the discourses of British broadcasting. Soon after, BBC 2 began broadcasting, and more issues of race appeared on the TV screens, each reflecting sometimes comedic, somewhat dystopic, often problematic circumstances of integration. In the years that followed, however, social tensions, such as those demonstrated by the Nottingham and Notting Hill riots, led to transmissions that included a series of news specials on Britain's Colour Bar, and docudramas, such as A Man From the Sun, which attempted to frame the immigrant experience for British television audiences, but from the African-Caribbean point of view. Subsequent chapters include an extensive analysis of television programming, along with personal interviews. Topics include current representations of race, the future of British television, and its impact upon multiethnic audiences. Also detailed are the efforts of Black Britons working within the British media as employees of the BBC, writers, producers and actors.

of cultural citizenship, diaspora, revolutionary legacy and globalisation, and they do so through what we call ‘deterritorialised intimacies’. These intimacies are afforded by their documentary practices of decolonised ethnography: a set of aesthetic and ethical documentary strategies that are expressive of historical and emotional geographies of belonging and non-belonging for the filmmaker, subject

of conveying a ‘certain image of a man, a style, which expresses itself most clearly in violence.’18 As I argue, the inverse is equally true: the Western exhibits a style of violence that expresses itself most clearly as masculinity. I contend in this chapter that the Western genre’s masculine style functions as a ‘technology of citizenship,’ a disciplinary apparatus that seeks to tame the exercise of personal gun violence. I draw the term ‘technology of citizenship’ from Barbara Cruikshank, which she defines in The Will to Empower: Democratic Citizens and Other 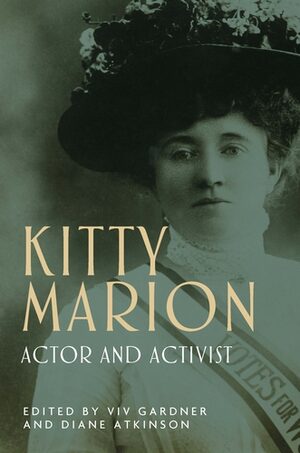 The autobiography of Kitty Marion was written in the early 1930s but never published. It records Marion’s childhood in Germany, her life in British provincial theatre and music hall and her campaigns against the ‘casting couch’, a career as a militant suffragist or suffragette during which she committed numerous acts of arson, was imprisoned and suffered force feeding, and finally her move to America and involvement in the American birth control movement. The Epilogue details her life in New York after the end of the autobiography, including her work in the Federal Theatre Project, while the three appendices reproduce extracts from key archive documents which throw additional light on the autobiography. An Introduction outlines the problems Marion incurred trying to publish her story, its subsequent history and addresses some of the issues that her story raises about women’s history of activism.

Mother Country. While their sacrifice was behind the push to make Britain abolish colonial status for its Dominions, 15 imperial belonging coloured Australian politics for the whole of the interwar period. Torn between conservative imperial loyalty and growing nationalism, Australia was scarred by the events of the war and some began to doubt the wisdom of a citizenship so directly linked to Britain. 16

Part I: Memory and history
Abstract only
Parvati Nair and Julián Daniel Gutiérrez-Albilla

this film probes the uncertain borders between official history and the effort to make sense of memory that is necessarily piecemeal. The complexities of experiencing dictatorship and then emerging into democracy also inform Catherine Benamou and Leslie Marsh’s chapter ‘Women filmmakers and citizenship in Brazil, from Bossa Nova to the retomada ’. The chapter considers the work of several women