96 Ultras 4 Social media as a space of continuous performance Throughout the season fans everywhere are filled with excitement and anticipation as their teams battle and compete for glory and to avoid disappointment. The success and failure of football clubs becomes a symbolic representation of individuals, cities, regions and nations across the globe. Yet the competition is not limited to what takes place on the field. For ultras, status and solidarity is reflected in their spectacular choreographies, and the new season provides more opportunities for

The other ninety per cent
Abstract only
Thinking with data science, creating data studies – an interview with Joseph Dumit
Joseph Dumit

questions about this. There is also a debate about Kaggle and other similar data science competitions. The Kaggle approach is to provide eighty per cent of a dataset, and reserve twenty per cent to be predicted by the competing data scientists. Everyone gets the eighty per cent along with a definition of what it is – Netflix user reviews, perhaps, or pictures of fruit. Everyone optimises on that eighty per cent, usually by taking an eighty per cent sub-set of that, and trying to find an optimal model that works on it. You then submit it, and Kaggle runs it on the secret

’ location in public places and the mutilation of their raped bodies’, disrupting the social order and political peace of northern Mexico (Wright 2011: 715). The discourse on drug violence, on the other hand, while reflecting the same blame-the-victim strategy, has represented violence as aimed at targets within the drug industry rather than innocent civilians. Drug violence is seen as the outcome of disputes internal to the drug trade, in response to competition over markets, resources, alliances and political protection. It is perpetrated by men who are more ‘business 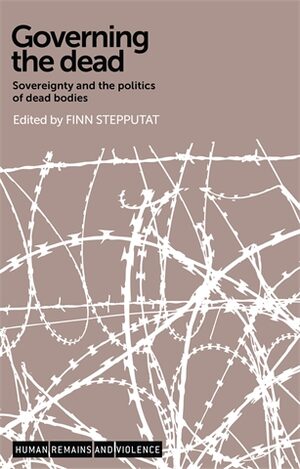 first Serie A national championships (Foot, 2006). The fans had to be Italian if their club was playing in the Italian championship. Similarly, national football teams help maintain an identification with the nation. International competition provides opportunities to delineate oneself from other nations. Newly established states, like Croatia or Kosovo, often ask for membership in international sport associations as intensively as they demand membership in the United Nations (Menary, 2007; Brentin and Tregoures, 2016). There are also some non-FIFA international

trace the lines between island actions and Silicon Valley ideas. Over the last five years, in sync with global currents, the community has been growing, powered by an ecosystem of training programmes, competitions and incubators that now dot the Caribbean. The data metaphors, however silly they might seem, draw attention to the anticipatory and revolutionary representations of technology and its development within these spaces. Earlier treatments of the arrival and use of the internet in Trinidad and Tobago (Miller and Slater 2000) and the cellphone in Jamaica (Horst

competition for a new memorial.65 The Ministry of Culture called this competition, but it ended inconclusively, and in May 1990, Memorial unilaterally erected a large oak cross, a memorial stone, and an artistic barbed wire fence. It also lined the forest road with five signs and placed a 6-metre-long panel at the forest entrance, with the words ‘Graves of Repressed People’.66 Ukraine became independent in 1991, but its post-Soviet authorities were also reluctant to face Bykivnia. For instance, when city mayor Leonid Kosakivsky opened the ‘Memorial Complex Bykivnia Graves 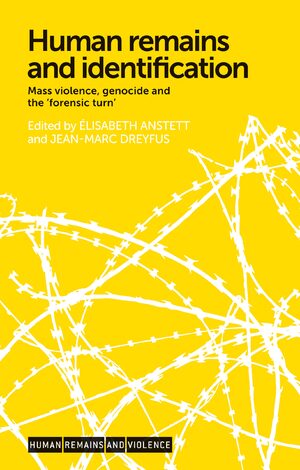 : 9) once attempted to photograph an Icelandic agricultural show of rams. Soon she realised that the show of rams was a secret ritual competition for male potency. Yet her photographs, in their flat two-dimensionality, were unable to convey this intense sensory experience of masculine sexuality. The deeper layers of the interaction between men and ram remained invisible to her camera. Like our YouTube exorcism, Hastrup's failed photography seemed to point at the lack of invisibility in the visually mediated recasting of reality: look, here

apartheid regime. She shows this by clarifying not only the issues of political positioning, but also of social class, which are set up around families who are returning the body of a loved one. For his part, histo­ rian Rémi Korman analyses the interactions and competition between the different agents’ agendas towards the exhumations in Rwanda. He deconstructs the sources of state attempts to impose a funerary and memorial policy which is not always the one desired by the Church and survivors, including the routine anonymization of reinterred victims. The final text in

The formation of the ultras
Abstract only
Mark Doidge, Radosław Kossakowski and Svenja Mintert

authoritarian regimes. The former Yugoslav context is also important as it reinforces the importance of identity (particularly ethno-nationalist identity) in the construction and presentation of fandom. This aspect became quickly apparent during the Balkan wars of the 1990s, with many soldiers being recruited from the ranks of ultras groups. As Mills (2013) argues, football was not just an opportunity for distraction and a boost in morale for soldiers; the creation of distinct league and cup competitions helped create the imagined communities of each individual ethnically

Violence and the world of the ultras
Abstract only
Mark Doidge, Radosław Kossakowski and Svenja Mintert

’ (Spaaij, 2006: 11). And as we have seen throughout this book, even though the ultras are well organised they are a very different phenomenon to hooligans. In the case of football-related violence, the crucial point is to distinguish certain fan practices. The ultras style can be considered quite universal if it is understood as a unique, uncompromising style of supporting. Thus, being an ultra is a kind of lifestyle  –  irrespective of the level of competition or nationality. Mostly, this mentalita involves an aggressive attitude, in terms of supporting the team and