Yves Saint Laurent claim that ‘any woman anywhere can be a Parisienne’ echoes an aphorism of Uzanne written more than a century earlier: ‘On peut naître d’instinct et de goûts Parisienne sur tous les points du territoire, voire même en différentes villes ou contrées du globe’ (18), ‘A woman may be Parisian by taste and instinct anywhere on French soil, and indeed in any town or country in the world’ (The Modern Parisienne 1). Nevertheless, the cosmopolitanism of la Parisienne is inextricably linked to Paris as a cosmopolitan city, the nineteenth-century capital of

establishing the Parisienne as a type in cinema through developing an iconography of the Parisienne type based on the recognition of various motifs, the foundations are laid for future scholarship that will deploy other approaches to the subject such as feminism, gender studies, or indeed, other more critical or evaluative approaches, such as ethno-criticism, that could not be pursued here. Indeed, the Parisienne type contains a kind of in-built critique of ethnic/national identities, and is supposed to transcend national/ethnic borders towards a more cosmopolitan identity

time on what it excludes – direct evidence of the Civil War and postwar hardship and repression – as well as what it includes: a chronicle of the cosmopolitan modernity of the Catalan upper classes during the early decades of the twentieth century and their continuing mobility under the Franco dictatorship. In its creative appropriation of domestic cinema as archival source, A Glimpse of Other Lives

popular cinematic modes. As this chapter will show, Garci’s project is multiply nostalgic – first, in its reinvestigation of the critical potential of Spanish genre film in the late Franco era; second, in its harnessing of the visual and performative codes of classic theatre and cinema; and third, in its revisiting of the city of Paris as a signifier of political freedom, sexual identity and modern cosmopolitanism, as well as

between different cultural groups in contemporary French society. Yet in opposition to most twentieth-century film, this cinema does not adopt an overarching Eurocentric approach to considering language difference and social power, but rather ‘advocate[s] for a non-Eurocentric cosmopolitanism’ (Ceuterick 2014: 79). In such films, as Elena Caoduro writes: Multiculturalism appears therefore through a new prism; it contemplates the acquisition of a new civic and collaborative identity, or, using MUP_King_Printer.indd 188 22/06/2017 11:03 Conclusion 189 Tariq Modood

caricatured character representations that can be deemed problematic. For example, the comically vindictive Indian housemaid, Rani (Nina Wadia), often spits into the various drinks made for her snobbish Palestinian mistress, Reema (Antonia Frering), whose arch materialism perpetuates the stereotype of the rich cosmopolitan Arab. In her own defence, Sarif explains that her cinematic efforts ‘aren’t meant to be traditional art house or experimental films’ and that she is ‘definitely looking for strong story arcs and characterizations’ (Oumano, 2010 , p. 99). In subscribing

spy spoof, Marie-Chantal contre Docteur Kha. Hence the sequences in the Swiss hotel and on the Alpine ski-lifts, the use of trains and planes, the cosmopolitan cast of minor characters (spies in Marie-Chantal, hotel guests in Rien ne va plus), the comedy cameos (Chabrol as a barman in the former, his son Thomas as a bell-boy in the latter) and the sinister villains (Docteur Kha and his namesake Monsieur K). 1 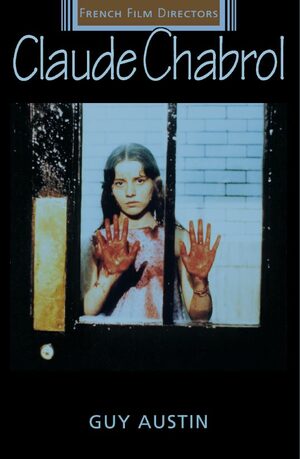 closely that of Elena; that is, a woman whose persona conforms to the various visual and narrative conventions of the Parisienne type, such as cosmopolitanism, mobility or classlessness, fashionability, sexual availability and muse to men. In his biography of his father, Jean Renoir writes: Another of his models who stirred my imagination was Misia Godebska. At the time of her portrait she was Misia Edwards … . She was the daughter of a noble Polish family who had lost their fortune. She had grown up in a palace where, although the servants were rarely paid, royalty

either doesn’t want to [do it], can’t [do it] or doesn’t know how to get there’ (Ichikawa, 2006 ). Singing the diasporic blues The music of Habana Blues amplifies the issues of diaspora and identity foregrounded by the film’s plot and highlighted by Zambrano’s casting choices and filmic techniques. The musical selections highlight the diversity and cultural cosmopolitanism inherent