Clive Barker found joy in painting at the age of 45, two years after the release of Lord of Illusions ( 1995 ), his third and last feature as a film director. 1 Speaking in the documentary Clive Barker: The Man Behind the Myth ( 2007 ), the artist described his encounter with the medium in a wistful voice: ‘It was like opening a door

A Midsummer Night’s Dream is one of the most often-performed Shakespeare plays, and one of his most popular comedies. 1 It is also a favourite of film directors, with a number of adaptations made since its first known appearance on the silver screen in 1909. 2 The play's popularity is due in no small part to the supernatural elements in the play, and more particularly the supernatural beings that populate it – the

combine critical social realism with supernatural Gothic. Arthouse film director Lars von Trier's turn to the TV medium and the creation of a Gothic TV series about a haunted hospital proved to be surprisingly popular with TV viewers in Denmark and Sweden, as well as with critics. 3 Riget was also successfully presented as a four-hour film at national and international film festivals. In 1995, it won the national Bodil Awards for the best Danish film, best actor, best actress

Conclusion
Abstract only
‘The past is the mirror’
Alexandra Parsons

political response to a life lived in a country that had remained homophobic and inhospitable through every period of his life. As a famous film director, he had a platform and an audience. By naming the realities of one queer life in many ways, from different angles, he added his voice to those which had previously been silenced. The ways he shares his life are often confrontational, engaging with contentious and perhaps challenging areas of queer experience. Brophy comments on the ‘shifting dynamics of mourning and memory, blend[ed] […] with a good deal of polemic’ in

Detour - ‘I have always been a Londoner’
Abstract only
Noni Jabavu, an unconventional South African in London
Andrea Thorpe

Tembi. 4 During her pregnancy, she was among the evacuees from London to the Lake District, ‘away from the Blitz’, as she recalls in a letter (22 August 1995, Amazwi South African Museum of Literature). After the war, she remained in London, working as a journalist and a presenter and producer for the BBC, and it was during this period that she interacted with Abrahams on the Third Programme. Her marriage to film director Michael Cadbury Crosfield in 1951 set in motion what she was to call ‘the peripatetic print of 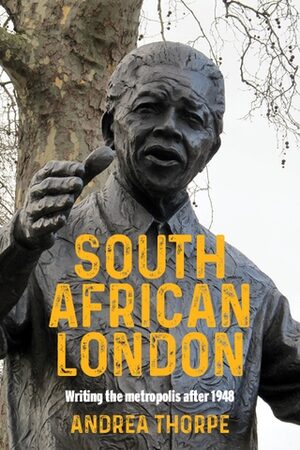