opportunities, rather than as in Ireland, where mass emigration was seen as a damning indictment of British government policy. 7 The articulation of loneliness and loss, as well as other symptoms, also appears in the historiography of nineteenth-century New Zealand. In his provocative The Ideal Society and its Enemies , historian Miles Fairburn argues that New Zealand’s social organisation was ‘gravely deficient

which historians are usually most reluctant to confront: the idea that in recovering these traditions of West Indian thought we ourselves, in Britain, might be able to think more creatively about our own historical situation. Or in other words, the overriding reason may be an intellectual one, drawing into question our own analytical procedures. In the middle decades of the twentieth century mass

Chapter Nine The savagery of America? Nineteenth-century German literature and indigenous representations Nicole Perry During the long nineteenth century, one of the issues occupying the minds of German intellectuals was the phenomenon of mass emigration to America. Significant traces of this preoccupation can be found in the fiction of the time, reflecting the tensions and concerns of a deeply stratified and conflicted society. In the

would have been the only possible one a thousand years ago. It is foolish to revert to old stages of civilisation, as many Zionists would like to do.’ 14 Comprehensive drafts of building plans and about a hundred different types of houses would be designed by young Jewish architects prior to the mass emigration. Local groups in the Diaspora would have plans of the prospective towns 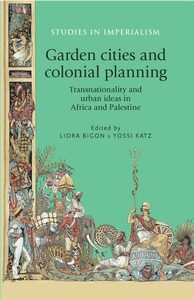 populations from rural areas to the industrializing urban centres as well as the first waves of mass emigration – migrations driven as much by the so-called ‘pull factors’ of the New World (land, opportunity, the prospect of wealth, etc.) as by the ‘push factors’ of rural poverty, famine and, indeed, avaricious landlords. 19 Finally, it should be noted that Christina’s grandparents emigrated from Scotland in the early twentieth century, at least fifty and ninety years after the Clearances that occurred in Skye and Sutherland

in the nineteenth century The first stirrings of mass emigration from northwest Scotland in the second half of the eighteenth century had been accompanied by strident protests from landlords and government, reinforced periodically by legislative attempts to sabotage a movement that was perceived as economically and militarily damaging. In the nineteenth century, however, the alarm of landlords gave way first to acquiescence and then to approbation as much-vaunted schemes of estate development began to crumble in the face 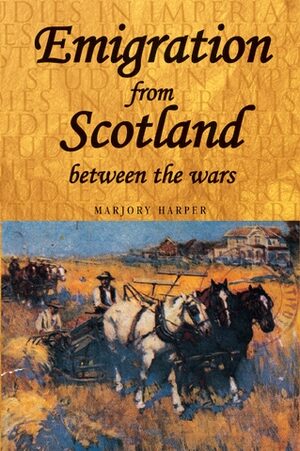 in 1918. Although professional agents had played a part in shaping emigrants’ decisions since the early days of mass emigration, it was not until the second half of the nineteenth century that they became an integral and ubiquitous component of the recruitment process. As a variety of states, dominions and provinces competed for agriculturists, domestic servants and, of course, settlers with capital, increasingly sophisticated techniques and incentives were employed to entice the undecided emigrant. Scotland, like the

demands on the country’s manpower and material resources. The isolation of thousands of South Africans was broken by their experiences abroad as members of the armed forces. By the end of 1945, when a devastated Europe was ready for renewed mass emigration on a large scale, the Union was also prepared economically, politically and psychologically for the inception of an immigration scheme which would go

members could lead to resentment in the dominions and cracks in imperial solidarity. Furthermore, he was disappointed that successive governments showed only limited interest in administering mass emigration undertakings. The State had failed in its required role as imperial manager, leaving it to private individuals to take up the task of assisted emigration. Though he still

need to take into account the collective experiences of early, mass emigration, from 1948 and through the following decade. The consequences of this experience of emigration were not confined to formally accredited intellectuals, to the poets and novelists alone. Decoding British culture came to be the necessary pastime of all who journeyed across the seas. The extent of the great postwar migration