Invisible World Disclos’d: or, An Universal History of Apparitions, &c. (1727; by Defoe himself), make clear a serious ‘theologico-propagandic’ purpose which is absent from the line of supernatural fiction beginning with The Castle of Otranto in 1764. And yet, as Coleman 0. Parsons (1956) has shown, apparition narratives provided a stepping-stone from a largely oral and popular culture of ghost 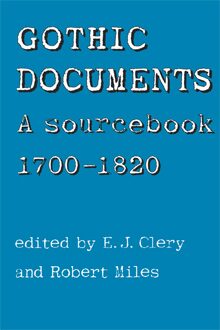 Psychopathology and the Gothic Supernatural
Abstract only
Ed Cameron

Shakespeare and the supernatural
Abstract only
Editors: Victoria Bladen and Yan Brailowsky

In a footnote to his 1919 essay, ‘The Uncanny’ (‘Das Unheimliche’), Freud perfunctorily reports a strange encounter with himself. While he was traveling by train, a mirrored door in his compartment swung open, whereupon Freud was confronted with a distasteful-looking stranger intruding into his private space, a stranger whom he momentarily recognized as a reflection of himself.2 If we use Freud‘s own analysis in ‘The Uncanny’, derived from Otto Rank‘s work on the double, the power of this disconcerting episode could be attributed to the adult fear of the double, transmogrified from the animistic or childhood projection of a friendly double, another self who served as a protection against danger or death, into a fearful emblem of ones own mortality in the more repressed adult mind.3 That is, in our early state of primary narcissism we familiarize the strange world around us by projecting outward versions of ourselves; however, as adults who have discovered that we are not the source of all being, the unexpected appearance of an alternate self is initially frightening and unrecognizable. Freuds initial impression of himself as an alien intruder is uncanny because the scene is suffused with a supernatural aura and recalls him to a primary narcissistic fear. A double is a distorted version of a being already in existence, thus engendering the fear that the double is the real, original self who has come to take our place. Or, as Françoise Meltzer has noted, ‘the double entails the seeing of self as other, and thus forces the admission of mortality’ (229). Unexpected sightings of doubles in adulthood also confirm the validity of the sensation evoked by the super-ego which oversees and watches the self as it engages in worldly transactions. Seeing double may support the paranoid suspicion that an individual is actually two people, one divided against the other. As Rank demonstrates in his study, the double, as an emblem,of the soul, carries both a positive and negative valence. On the one hand our existence is confirmed by seeking reflections, versions of ourselves in mirrors, photographs, offspring, etc., yet if we are taken unawares by a double, we quail from it as a supernatural visitant. Thus the unsolicited sighting of a double, an embodiment of unsurmounted supernaturalism, marks the eruption of the uncanny into everyday life. 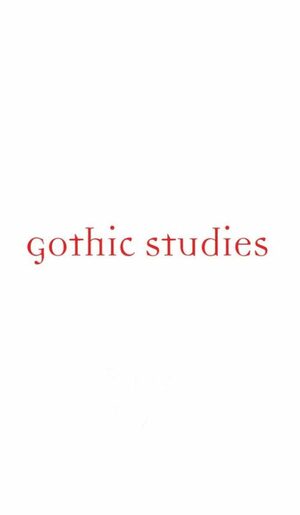 Supernatural phenomena in Shakespeare's plays are frequently embodied: they take a physical shape onstage with characters such as the Weird Sisters in Macbeth or Ariel in The Tempest , or with apparitions and ghosts as in Richard III , Hamlet or Julius Caesar, or they appear through portentous signs which work like props, either through staging effects (thunder and lightning), or by oral reports, with talk of ‘horrid sights seen by the watch’ ( Julius Caesar, 2.2.16) such as those recounted by Calphurnia in my epigraph. Despite their uncertain origins, these

’. 3 The relatively recent accretion of this varied body of writing into the unified field of ‘puppet theory’ has a new challenge in considering how this ancient form, which for centuries has been harnessed for spectacles of the mythic, magic and supernatural, might exist in dialogue with contemporary digital technologies. In his chapter for the 2001 anthology Puppets, Masks and Performing Objects , Steve Tillis argues that the question of what constitutes ‘live’ puppetry has been largely overshadowed by technological

environment in colourful detail. There was no expectation that its fairies should be taken seriously. But the poem may have echoed genuine folkloric stories, and this may have been one reason for its success. There was nothing innately incredible in a world of magical possibilities. For early modern Scots, supernatural forces were real and present. People disagreed about how these forces might manifest themselves, but throughout the period from 1500 to 1800 there were men and women who might perceive the supernatural in a whirlwind, or a dream, or the shimmer of a

Hunting for the branded body in Supernatural
Abstract only
Tattoos, the Mark of Cain and fan culture
Karin Beeler

INTRODUCTION The highly popular American fantasy detective serial Supernatural (filmed in British Columbia, Canada) 1 has generated a good deal of interplay between production elements, intertextual connections and fans. Supernatural ’s positioning of characters ( mise en scène ), the show’s reliance on other texts such as literary or film narratives that become part of a particular Supernatural episode or story arc, and the role of fans and consumer culture help create a permeable boundary between fact

The pagan supernatural in the Scottish Enlightenment
Abstract only
Felicity Loughlin

this widespread Scottish interest in antiquity, one that has been almost entirely forgotten: the fascination with pagan religious beliefs in supernatural beings and phenomena. It takes as its focus the writings of the many educated Scots who delved into the ancient past, seeking to explain the pagans’ conceptions of divinatory oracles, divine power and the invisible world of the afterlife. Their investigations concentrated primarily on Greek and Roman beliefs. The verses of Pindar and Horace, the epics of Homer and Virgil, the philosophy of the Presocratics and