Bears were bullish’ Sports Illustrated, 28 July 1980. The British Olympic Association had come under considerable pressure from the Thatcher government to stand with the United States and avoid British participation; see Kevin Jefferys, Sport and Politics in Modern Britain: The Road to 2012 (Basingstoke: Palgrave Macmillan, 2012), 149–71. See J. Simon Rofe and Alan Tomlinson, ‘“Strenuous competition on the field of play, diplomacy off it” – the 1908 London Olympics, Theodore Roosevelt, Arthur Balfour, and transatlantic relations’, Journal of the Gilded Age and

’s) Irish policies. Patriotic gatherings of Englishmen on St George’s Day were obvious targets for nationalist ire. In 1898, the paper lambasted the ‘Anglomaniacs’, men ‘born on American soil’ who ‘are more English than the English themselves’, who criticise all things American.95 The warmth of transatlantic relations clearly irked a newspaper dedicated to removing the British from Ireland, hopefully with American help. The same theme was picked up in animated fashion again in 1899 when the newspaper attacked the British, what it dubbed the pro-British administration in

-American writer Walter Besant, all pointed to an intense consideration of the possibilities of Anglo-American unity. Indeed, the number of these Anglo-world organizations pointed strongly towards a growing Anglo-American comity in the wake of the ‘great rapprochement’, where commonality, not conflict, guided transatlantic relations.196 Moreover, within this sphere of associational amity, the RSStG in London was by 1900 actively seeking to draw upon the global, not merely North American, frames of reference. This was the age of the Anglo-world, and as mighty as the United States 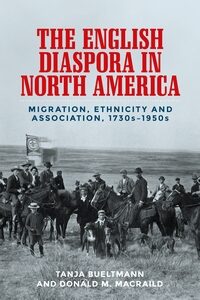