[South Slav stock] that embraced Islam’ (Sells 1996 : xiv–xv). Their pseudoscience connected the genocidal project with European rationality and modernity. 3 More ‘new antagonisms’ in post-Yugoslav racisms evolved away from the frontlines and after wars' end. The most linkages between xenophobia based on post-Yugoslav ethnicised identity boundaries and xenophobia against racialised immigrants from outside the region have been found for Slovenia. Slovenian campaigners for multi-party democracy in late state socialism had framed

Introduction
Open Access (free)
What does race have to do with the Yugoslav region?
Catherine Baker

line against Islam shifted from the Spanish Reconquista to the Habsburg–Ottoman wars and even taken up by the USA after 9/11 (Todorova 2005a : 76). The antemurale myth predates both Atlantic slavery and the Spanish exclusion of indigenous people in the Americas from European humanity, Mills's and Mignolo's respective origin points for ‘race’; yoking nationhood with Christianity, it was, once Europeans started dividing the globe into ‘civilised’ and ‘uncivilised’ territories according to inhabitants' skin colour, implicitly racialised long before today's West

religious structures, from the late fourteenth century, shaped its migration history in many ways (Sugar 1977 ; Hoare 2007 ; Wachtel 2008 ). Authorities directly settled Anatolian Turkish cavalrymen on conquered land as ‘timariots’ who taxed local peasants and raised troops, while Ottoman trade-routes developed towns like Sarajevo and Thessaloniki into provincial capitals, refuges for many Sephardic Jews expelled from Spain in 1492. The Ottoman politics of conversion to Islam, necessary for South Slavs and other Catholic/Orthodox Christians seeking bureaucratic

I The promise and dialectics of toleration We are not the first generation to live in societies marked by profound differences in forms of life and morals. For a long time, Christians in particular struggled with how to live together without seeing the actions of others as primarily the devil’s handiwork. Today, we can still gain an inkling of how extreme such conflicts could be when questions of abortion are discussed. But also controversies over same-sex marriage or the right to adopt for same-sex couples, circumcision on religious grounds, Islamic dress

aimed to strengthen the Yugoslav republics against the federal centre and to align Slovenia with ‘Europe’ in general and the late-Cold-War imaginary of ‘central Europe’ in particular, within a reformed Yugoslavia or, as this programme clashed in 1989–90 with Milošević's authoritarian re-centralisation, outside. Within south-east European symbolic geographies, situating an ethnonational identity and its associated polity within central Europe detached it from ‘the Balkans’, the ‘Orient’, the Ottoman legacy, Islam and the civilisational hierarchies projected on to these 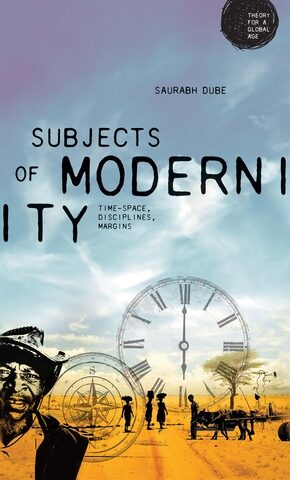 religions (notably, Islam), makes the complaints of the first Christians against their persecutors invalid, and makes it impossible to end the dispute between persecutors and the persecuted. Implicit in the doctrine of compulsion is a doctrine of violence, which is, he thinks, quite contrary to Christ’s teachings. Much of Part II of the Philosophical Commentary attempts to answer those who think either that he has exaggerated the violence implicit in compulsion, or that he has failed to appreciate the utility of violence, which is needed to preserve order (as the

the Law is only able to generate legal fictions, it is permanently producing lies, but it is precisely legal lies that can be rather helpful, as the well-known Islamic legal parable of the twelfth camel shows. Kafka's Law causes the torments of the permanent awareness of guilt, and it arouses the hope of redeeming acquittal. In the success of modern Law lies its failure, and in its failure lies its

distinct intermeshing(s) of religion and politics in Islam or Hinduism or Buddhism, in Afghanistan or India or Mexico, in modern times usually appear as figures of absence, lack, and failure, imperfect images in the mirror of an immaculate secular West. Such projections insinuate once more the abiding enchantments of modernity. There are weighty elisions at stake here. Let us briefly

the anthropology of justice, this is true for traditional Islamic law where justice demands that the social position of the parties and their social networks are meticulously reconstructed within the trial and are explicitly taken into account in the final decision. 38 Max Weber got it wrong when he referred to this pejoratively as ‘qadi-justice’, which in his view did not live up to the most basic