environmental health risks of former tips. No buyer has been found to date, so the brickworks void seems likely to remain in much the same form for years to come – another reprieve for the rewilding of the site. The most recent planning application describes the brickworks as ‘underutilised, derelict, vacant and overgrown’, understating its value as habitat and informal amenity space. But building on the site won’t improve Newton Heath’s fortunes – just those of the property speculators and armies of consultants currently dominating Manchester’s redevelopment. Far better that

contexts during the twentieth and early twenty-first centuries. The analysis of these works and their reception makes visible the varying narrative strategies that the authors used to address traumatic experiences and reveal the different significances of the trauma narratives in each context. The authors represent different groups who crossed the Finnish–Russian national border for various reasons: Finnish White army officers and businesspeople in the early twentieth century (Cederholm); Finnish working-class people and communists

. The first part of the reform was officially labelled ‘ hukou in exchange for talent and investments’ and it introduced new ways of acquiring an urban hukou . Before the reform, rural migrants could attain an urban hukou by serving in the army, climbing the Party career ladder, entering university or having their land repossessed, so that it had been reclassified as ‘urban’ (Solinger, 1999 : 16). Following the 2001–2003 reform, the most common way to acquire an urban hukou has become the purchase of a property ( goufang ruhu ), 3

boundary (Howard, 2007). Protracted efforts were made by both the Irish and UK governments to fortify and demarcate the physical divide. The government in the Republic further disengaged from Northern Ireland in order to protect its people from what was perceived to be its destabilising relationship with the North (see Howard, 2007) and the British army constructed a series of checkpoints and watchtowers across the length and breadth of the border, making once easy passage fraught with difficulty. The possibility of fostering cross-border economic cooperation stood very

Rorty, conversation and the power of maps
Abstract only
Trevor Barnes

work on a nuclear-war atlas that warned against the ultimate catastrophe, atomic Armageddon, the end of human life as we know it. Bill Bunge, spatial science and map transformations Bunge’s first exposure to formal geographical talk was in 1951. Conscripted for the Korean War, serving in the American Fifth Army, deployed at the Chemical, Biological and Radiological Wartime School at Camp McCoy, Wisconsin, Bunge (1988 , xi) taught there what he later called ‘atomic war’. It was also while he was enlisted in the US military that he enrolled in his first class in

, like a boulder blocking a path, then freedom is simply the absence of that boulder. This approach to thinking about freedom is understandable. So many of the obvious sources of people’s suffering have involved the interference of armies, religious institutions, the nobility, state actors, and so on. For example, the freedom to practise religion was for centuries compromised by direct intervention by the Church or by state persecution. It makes sense to treat the presence of ‘negative freedoms’ as a crucial component of freedom. Yet there 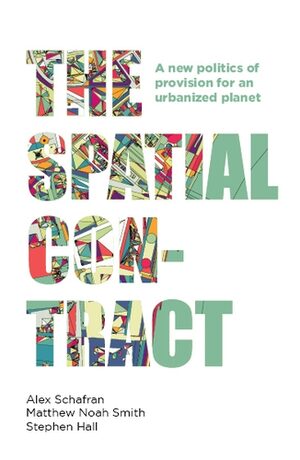