’s assumed heroic identity, I propose, testifies to his innate sinfulness but also to God’s forgiveness. Mock-heroism The Faerie Queene opens with a heroic portrait: A Gentle Knight was pricking on the plaine, Ycladd in mightie armes and siluer shielde, Wherein old dints of deepe woundes did remaine, The cruell markes of many’ a bloody fielde; Yet armes till that time did he neuer wield: His angry steede did chide his foming bitt, As much disdaining to the curbe to yield: Full iolly knight he seemd, and faire did sitt, As one for knightly giusts 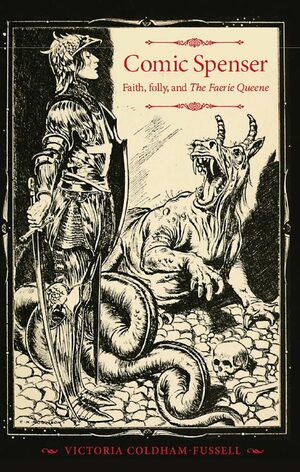 successor's mortal body? The spirit of ‘authentic’ monarchy could be left disembodied, not re-vested in a new body. Shakespeare's work evidences a deep interest in such scenarios of political rupture where power had not transferred legitimately or was contested, leaving unresolved the question of where ‘legitimate’ right was vested. In the plays that present such scenarios, we can think of the displaced spirit of legitimate rule as an additional spectral presence, haunting the sphere of the crown, and disturbing those wielding power illegitimately. The ghosts we

misunderstood discourses of authorship and to challenge the common assumption that early modern authors primarily created themselves. Although it is now several decades since the concept of the ‘fashioned’ self was formulated by Stephen Greenblatt, the New Historicist focus on the agency of poets in forging their own reputation has proved to have an enduring afterlife. Greenblatt defined self-fashioning as ‘the power to impose a shape upon oneself [as] an aspect of the more general power to control identity – that of others at least as often as one 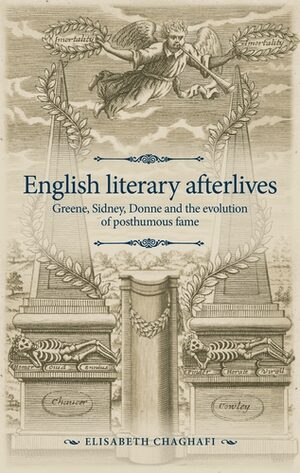 The posthumous career of Robert Greene
Abstract only
Elisabeth Chaghafi

posthumous publication of a series of works by Sir Philip Sidney, including the Defence of Poesie in 1595. 1 Finally, the 1590s also saw the publication of a number of texts featuring prominent Henrician poet figures such as Skelton, More or Surrey as characters. 2 These texts show a marked interest in the identities of these individuals as poets, while stressing the potential for tension between their lives as poets and as public figures who lead a vita activa . 3 As a rule, critical writing in the sixteenth century makes little connection

spatial compactness and literary prestige that undergird the sonnet as a poetic form: the stand-alone sonnet co-opts formal self-enclosure in the service of celebrating native eloquence and accommodating foreignness, implicitly or explicitly commenting on the literary authority, cultural status and vernacular identity of the works in which it is found, especially when it serves as

the preserve of historians’. For Burrow, literary texts ‘are to an unusual degree overdetermined in their relationships to other texts and projects, and tend to use the licence of fiction to exploit interactions between the various spheres of the Tudor political imaginary’. 4 The Arcadia , in Burrow’s terms, being a literary rather than an historical text, is, as I hope to show, similarly overdetermined, and, as such, employs a high degree of fictional licence in its relationship to both its author’s identity and the political culture to which he contributed. This

and analogy) and syncrisis (a comparison, usually invidious, of different things belonging to the same category). 9 Unlike metaphor, which sublates its terms to forge a new identity, similitudo and syncrisis stop one step short of sublation as they put their terms and the mechanics of comparison on display. As such they are key to any consideration of how Spenser and Donne negotiate differences and similarities between things and ideas. On a local level, simile institutes a type of comparative thinking which isolates, even reifies comparanda and comparatum

not preclude resistance, however, and Sinfield recognizes that ‘Reformation orthodoxy was contested’. 10 Indeed, any such monolithic conception of Elizabethan reformed religion would be contrary to the evidence offered by scholars such as Timothy Rosendale, who highlight the ‘radical individualism implicit in Protestantism’. 11 Rosendale observes, of the Tudor state, that while the Protestant political order may have been highly congenial to the interests of the Crown, it was not a free-standing ideology. The discourses of post-papal sociopolitical order

2001 , 76). Anna's 1603 Vision of the Twelve Goddesses turned convention upside down. Appropriating the masque form, Anna stunningly reconfigured it to her own purposes of shaping a royal identity by putting herself (anticipating Shakespeare's Cleopatra?) and the most powerful women in England who served her at its centre. As Barroll writes, when Anna masqued, ‘Royalty was dancing’. And royalty dancing ‘raised the masquing stakes dramatically’, allowing Anna not just to claim space for herself but to play out in public her personal rule in the symbolic patronage

All wards
Abstract only
Nicholas Royle

. *      *      *      *      * How does Derrida’s writing in particular encourage us to think about a ULO, all wards? Here are seven aspects or ingredients: an affirmation as well as a warding off of the ‘unidentifiable’ ( it wards : when it comes to the question of an author or character, I would be inclined to link this with the logic of that ‘an-identity’ Derrida talks about regarding the es spukt , a stranger within, at once ‘singular and anonymous’, ‘more intimate with one than one is oneself ’); 32 the double or joint ward of keeping and keeping off the 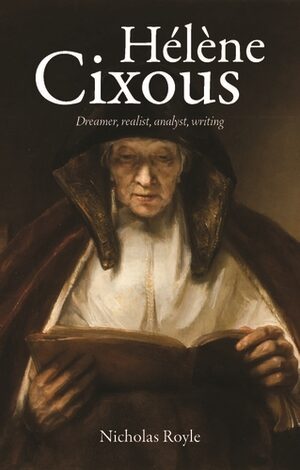