large amounts of time devoted to the physical needsof the sufferer, such as preparation of medicines, maintenance of the fire and laundry, all traditionally female domestic tasks. Many early modern remedies were likewise extremely labour-intensive, often requiring many stages of preparation and continuous monitoring. Women were certainly regarded as legitimate sources of domestic medical authority, and, in areas such as midwifery, their authority as experts on the female body, birth cycles and such matters as bastardy was noted.11 In English poor law records, it was 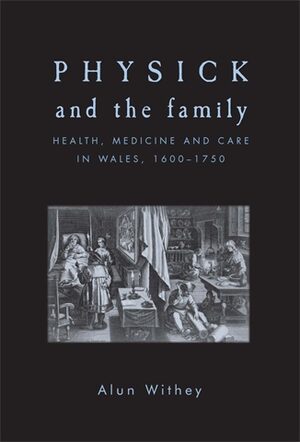 Cholera epidemics, local politics and nationalism in the province of Nice during the first half of the nineteenth century
Abstract only
Dominique Bon

process by placing Nice under the authority of a Consiglio Generale di Sanità Marittima (General Maritime Health Board) located in Genoa. This board was headed by the renowned doctor Angelo Bo (1801–74), who was also professor of medicine at the Royal University of Genoa and would act as the Sardinian delegate at the first ISC. The cholera epidemic of 1849 tested the new system. The Consiglio Generale di Sanità Marittima decided to impose five days of quarantine. Following the recommendation, the Consulta di Sanità Marittima of Nice (the city’s Local Health Council

‘Neighbourliness’ and the medical community
Abstract only
Alun Withey

relationship. The fact, secondly, that Salisbury was willing to accept the invitation of the woman to care for him, indicates that the employment of external carers was sufficiently plausible for him not to become suspicious. One of the key elements of patriarchal status was that of householding, and a man’s authority was grounded within his ability to own and manage a home.39 In this sense, the surrender of his house and independence had important implications for Salisbury. Might it be possible that, in doing so, some elements of his patriarchal and masculine status were

Episcopal Church though undenominational in its work” and housed in “new quarters … with about one hundred and ten beds” and “equipped in the most modern manner as regards heating, ventilation, and plumbing, with excellent electric lighting and its own ice-plant.” 16 La Motte and Van Blarcom resigned from St. Luke’s at the same time, with Van Blarcom taking a rest due to poor health and La Motte commencing, in June 1905, the work that would occupy her for the next eight years. 17 Developing her public voice throughout this

La Motte too spoke before the committee, bringing her knowledge of tuberculosis to the fore in a speech titled “Tuberculosis and Improved Sanitation.” 43 Her brief speech “brought down the house when she lifted her lapel and revealed the police badge underneath,” while arguing for the value of the nurses’ work by stating, “You need our service. You value our ability. You trust our judgment, especially in this matter of giving us police authority … Yet we can’t vote. Isn’t that an absurd position for women like ourselves to

. In the 1960s, however, ‘the institutional structures of cultural traditionalism started to crumble’, thanks to the Lady Chatterley trial and the ending of moral censorship, the legalisation of abortion and homosexuality, the facilitation of easier divorce, the emergence of the women’s liberation movement, the loss of domestic ideologies in youth culture and growing rebellion against traditional sources of authority.55 Attendance at Protestant churches, Sunday schools and religious rites of passage 72 The making of British bioethics fell away dramatically, and a