5 •• Class Increased concern for the welfare of the working classes is one dominant motif of political debate in the mid-nineteenth century with which the organisers of the Great Exhibition could not avoid engaging. In The Condition of the Working Class in England in 1844 (1845), Friedrich Engels wrote about the impoverished and demoralised state of provincial workers that he had witnessed first hand, famously proclaiming, ‘Thus are the workers cast out and ignored by the class in power, morally as well as physically and mentally’ (p. 144). In 1842, Edwin 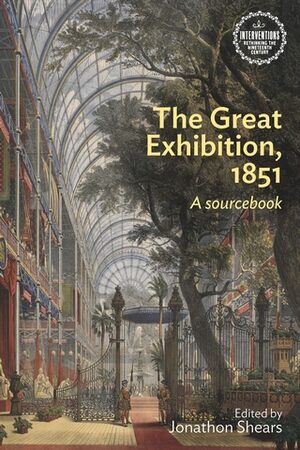 Anglicisation, soldier settlement and the politicisation of British immigration to South Africa
Abstract only
Kent Fedorowich

first four decades of the nineteenth century. The most direct method was by the imposition of English institutions. According to one historian, ‘direct’ anglicisation referred primarily to political and structural changes in local government, the civil service and the legal system which were intended to have an immediate impact upon these colonial societies. In contrast, ‘indirect’ anglicisation

1 •• Origins and organisation It is difficult to trace the germ of the idea for the Great Exhibition to one particular source. The ‘Exhibition of the Industry of all Nations’, as it was initially referred to, was the product of a number of issues of which three stand out most prominently: the liberal shift in politics of the 1830s that popularised laissez-faire attitudes to manufacture and enterprise; the need to address Britain’s position as an economic power and moral arbiter in postNapoleonic Europe; and the fortunate incidents that occurred in the 1840s to

, politically contentious, and, in practice, most local authorities were heavily dependent on sources of private support to supplement the museum rate. This dependence ensured that the first municipal museums were shaped as much by the taste of private 97 High culture and tall chimneys patrons and local political preoccupations as by national educational agendas and cultural goals. Salford was the first provincial city to embrace the spirit of the new legislation and to attempt to create a museum that would be of national, as well as merely local, importance. Salford

Representing the representatives
Abstract only
MPs and portraiture
Henry Miller

5 Representing the representatives: MPs and portraiture This chapter shows how portraits of MPs presented them as independent representatives and parliamentarians rather than merely party hacks or delegates. The proliferation of parliamentary portraits shows that the popularity of political likenesses was not limited to leading figures. These images reveal a more personal side to the representative system before the mass politics of the post-1880 era, in contrast to the earlier chapter on party portraits. The previous chapter focused on group portraits that

2 Party politics and portraiture, 1832–46 This chapter shows how visual images personified and reaffirmed the party identities that were formed in the wake of the 1832 Reform Act. By examining the semi-official portrait series that were published in this period, this chapter highlights the innovative new ways in which party identities were presented after 1832. These broke new ground by exploiting steel engraving, which greatly increased the number of prints that could be produced, to appeal to supporters of the rival Conservative and Reform parties. A study of

of disinterested and expert government by a high-minded executive, pursuing administrative and financial reforms rather than institutional reforms.96 It was revealing that after the Conservative government declined to purchase the painting for the nation, Hayter looked to Whig patrons such as the Dukes of Sutherland and Bedford, the Marquess of Breadalbane (as Ormelie was known after succeeding to his father’s title) and Earl Spencer.97 Hayter had also undertaken many private commissions for Whig patrons and, unlike Haydon, he was consistent in his political

an all-national referendum on July 5 [1995] has fixed the system of governmental and economic institutions and defined the authority and spheres of function of legislative, executive and legal powers as well as the right of private property and free business. But the duty of the state is not only to take care of the construction of state and economic structures but also of the creation of social and political institutions. Therefore, the creation of political parties as the main institutions of democracy is one of the most important tasks of the state.78 This 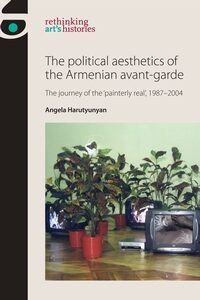 The synthetic proposition: conceptualism as political art What began in the mid-sixties as an analysis of the context of specific objects (or propositions) and correspondingly the questions of function, has forced us now, ten years later, to focus our attentions on the society and/or culture in which that specific object operates. Our “radicalization” has, rather coldbloodedly, evolved from our work. (Joseph Kosuth (1975))1 There was the formation of the Art Workers’ Coalition as well as the Leftish (albeit simple-mindedly so) aspirations of some of what has 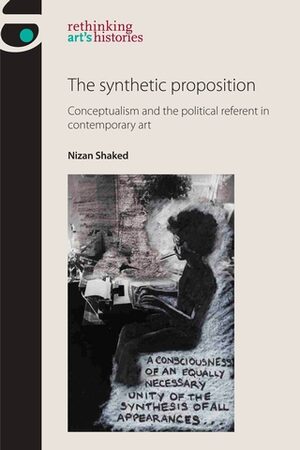 The use of Art – of whatever form – as a weapon is not new and the film directors who conveyed strong political messages in their films belong to an old and long tradition in French culture. Before the struggle which took place at the beginning of the nineteenth century between what could be called the ‘aesthetes’ and those more concerned with the social and political power and impact of Art, most eighteenth-century writers were what would now be described as intellectuals. Although the definitions of such a group vary