Faith issued ‘Considerations Regarding Proposals to Give Legal Recognition to Unions between Homosexual Persons.’16 As is well known, the Catholic Church has argued against public recognition of samesex unions throughout the world. Some Catholic theologians, including myself, have maintained that the Catholic Church should change its teaching on homosexual unions striving for permanency. But the discussion here will presuppose the existing hierarchical teaching. I will develop an argument that one can accept the hierarchical teaching on homosexuality and still make a

they have a special interest – in the case of the Roman Catholic Church, this might include lobbying against such practices as abortion, divorce, allowing women to take religious ofﬁce and homosexual relations. One might regard their policies as illiberal and reactionary, yet still accept that they have a right to argue for them. But as self-constituted interest groups on a par with others such, they have no greater right than these others to be given more ear by government, or a louder voice in the public square, than they. And yet it is standardly the case that

, favouring freely available contraception, decriminalisation of homosexuality, availability of divorce, same-​sex marriage and availability of abortion services.Where contraception was concerned, the first significant breakthrough, despite Catholic Church resistance, was the ‘Irish solution to an Irish problem’ legislation introduced by then Minister for Health Charles Haughey in 1979, when he had a Bill passed that allowed for artificial means of contraception to be available on prescription to married couples. The relevant Act was passed in July 1979, two months before

statement expands the range of difference from its basic confinement to the sexual. Ziarek includes homosexuality, in virtual defiance of Irigaray’s own assertions on the topic, as one of these differences. To support her stance, Ziarek draws on a statement by Cheah and Grosz who express the opinion that ‘neither respect for the other sex nor fidelity to one’s sex necessarily implies an obligatory desire for the other sex’ (1998a: 13). (Grosz herself has previously acknowledged that Irigaray has always been heterosexual by personal preference but she believes that her 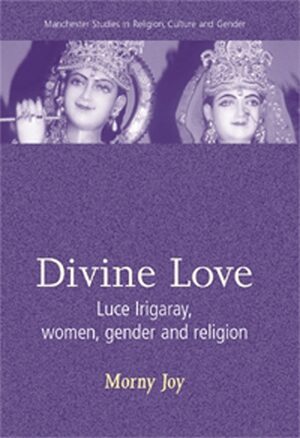 . Tony Flannery has always been an outspoken critic of Humanae vitae, Paul VI’s encyclical that reiterated the Vatican’s ban on contraception in 1968. He also has a liberal stance on homosexuality, especially in view of the large number of homosexuals within the ranks of the Church, an undisputable fact even within the Vatican, as evidenced by John Thavis in his Vatican Diaries (2013). In May 2015, he supported same-​sex marriage in defiance of the official Church’s position, just as he had previously supported the Protection of Life during Pregnancy Bill (2013), much

closing symposium in this book. But it has left many ‘modern’ rights undeﬁned in the secular spaces between them: consider for example current conﬂicts over homosexuality and same-sex marriage; or between a woman’s ‘right to choose’ over an unwanted pregnancy, and the ‘right to life’ of the unborn. Of course not all states today do rest upon a purely lay or secular deﬁnition of citizenship; some embrace one or other of the world religions as a fundamental component of their ‘social body’, and here the issues of human rights vs. religion become somewhat cloudy. And here

Contemporary comments on the festival
Abstract only
Jonathan Smyth

his Mémoires, edited by Lescure and published in 1875, it would seem that Fiévée was himself present at the Fête, which might be considered a little surprising since he was, at the time, living a semi-clandestine existence as a pro-monarchy, pro-church practising homosexual.52 Fiévée also mentions the assumption that, with the disappearance of the scaffold, an amnesty was imminent, and, like Vilate, he reflects both the glorious weather and the fact that the ladies of Paris society were back in their pre-revolutionary plumage. His comments reinforce the general view 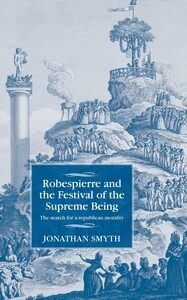 cannot be overstated, as perspectives on social and moral issues, which were non-​Catholic, and in some cases, non-​religious, became part   9 Introduction of the conversation in living rooms and in public houses, and the parameters of debate were gradually broadened. Thus, what had been taken as orthodox opinions on homosexuality, contraception, divorce and abortion, were now called into question, and the process had begun of liberalising social legislation to bring Ireland into line with the other secular European countries in the EU. What was especially

Irish politics just as the country was becoming more secular; religious norms once widely accepted now faced serious political challenges (Penet 2008: 85–​6;Twomey 2003: 128).While abortion restrictions have only seen some loosening and may represent an exceptional case (see Dillon 2015b), successful efforts to legalise contraception, divorce, homosexuality and, most recently, in 59   60 60 Tracing change and setting the context 2015, same-​sex marriage all point to the unravelling of the Church–​State alliance on moral regulations forged in the early years of

of redline issues such as celibacy, women priests, homosexuality and access to artificial contraception. Those who have been censured or silenced in recent times include the Passionist priest and journalist Brian D’Arcy; the Marist theologian Seán Fagan; a columnist with the Redemptorist publication Reality, Tony Flannery (the subject of Catherine Maignant’s chapter in this book); and the outspoken Augustinian Iggy O’Donovan. Critics from the inside, it would appear, are quickly brought to heel. Contrary to expectation, the election of Pope Francis has not led to a