revolution in opening new paths for collective work (ironically, working well for the better off) on the local-neighbourhood level for issues like rubbish collection and the serious challenge of reordering public space.11 Having said that, the building into which I moved in Doqi is a good case in point of class mobility in a quarter that once witnessed a particular magnificence, but has been left to degenerate into decay (a view that is certainly tainted with a biased, middle-class outlook). There are various reasons for this, but the most important is the fact that many

(Cairoscene Team 2018; CEDEJ 2018). It was no coincidence, then, that I found myself caught up in – or, rather, obsessed about – documenting and recording the everyday forms of assault of the nasty soundscape of the street as a personal therapy to overcome a growing and exasperating melancholy. As time went by, I repeatedly asked myself why I ended up writing about the ‘little story’, narrating the quotidian of an unnoticed, degenerating, 4 Cairo collages middle-class building in Cairo. Why was I keen on documenting tedious and fairly ‘boring’ and ‘uninteresting

permissible or granted to the rising new bourgeoisies and the middle classes at the turn of the last century. But is this freedom of movement for women limitless? Going back in time: first published in 1944, Albert Cossery’s La maison de la mort certaine (Editions Joëlle Losfeld, 1994) is yet another intriguing novel revolving around a single building in one of the poorest areas of Cairo, just eight years before the 1952 revolution. Written in French, like all of Cossery’s novels, his work earned him Le grand prix de la francophonie of the Académie Française. La maison de

been forbidden circulation in the main arteries of the centre of Downtown, and in residential quarters. The fact that these three-wheeled cars are relatively cheap (about 22,000 L.E. in 2015) explains why driving them has become one of the main means of livelihood for working-class young men (Alaa El-Din 2015). For state officials, and for their faithful devotees who believe their propaganda, as well as for large sections of the middle classes, tok-tok drivers, most of whom are barely eighteen, are often perceived as quasi-delinquent polluters, to be constantly

, after the rule of the Islamists, means ‘restoring order’, which seems to be synonymous with the reinstatement of the political figures and financial tycoons of the ancien régime. After January 2011, the street witnessed the rule of thugs (even though these were the thugs of the ancien régime), together with an increase of criminality and violence. For the middle classes, the thousands of street vendors conquering all possible and unimaginable spaces, occupying entire streets, corners under and on bridges, passages, and alleys of the entire city, hindering traffic

own seat was part of the circle rather than at the ‘teacher’s desk’ in front of the room. People were trickling in one by one, hanging their winter coats on a couple of hooks next to the door. There were 14 participants, including myself. All age groups were represented, while women outnumbered men by 11 to 3. Judging by the way they carried themselves and how they were dressed, the people gathered there appeared to me as more middle-class than at the seminars on labour rights or preparing for job interviews, where people had often been sent by their employment

of northern Albania and one of the most important urban units in the Ottoman Balkans – can serve as a prime example. During my fieldwork I realised that the reconstruction of family history and genealogy was a way of reappropriating social status after the trauma of the Hoxha regime, which inter alia aimed at literally erasing urban middle-class identity. In Shkodra, which as one of the strongholds of the urban middle class was particularly targeted by the Hoxha regime, the dominant discourse of incorporation centred on urbanity. The prime ‘other’ of the urban 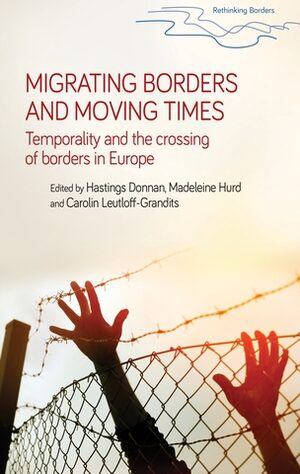 : plastic wallets, helmets or sunglasses. Middle-class urbanites object to the presence of street sellers and ‘uncivilised’ (khong van minh) selling among places of repose of the dead. The poverty in neighbourhoods around the cemeteries displays itself in recognisable ways, as with itinerant hawkers waiting for the occasional client. This is a familiar scene, replicated day and night everywhere in Vietnam. But the ways in which these street vendors operate near cemeteries cause disquiet and repulsion among the nouveau-riche bourgeoisie. Graveyards are not supposed to be