3 Autoarchivism: Alfred Kinsey’s informants The work of Alfred Kinsey is indelibly associated with quantification – ­counting orgasms was how he charted America’s sexual past in the famous 1940s and 1950s reports on male and female sexuality and his recognised affirmation of same-sex desire and activity.1 The essayist Lionel Trilling noted that it was symptomatic of American culture that ‘the community of sexuality requires now to be established in explicit quantitative terms’.2 Kinsey was a professor of zoology at the University of Indiana in Bloomington, an

that of his celebrated contemporary, Paul Cadmus (1904–99). Melcarth’s art includes impressive large-scale works, such as the painting The Last Supper (1962), bought by the billionaire Malcolm Forbes for his Manhattan townhouse, a ceiling mural for Broadway’s Lunt-Fontanne theatre (1957), and the illusionistic wall paintings and sculpted busts for the rotunda of the Pierre Hotel in Manhattan (1968). Melcarth’s friend Painter, a fellow chronicler and photographer of New York hustlers, provided a link to the famous sex researcher Alfred Kinsey. This valued informant of

Developments of another nature were taking place across the Atlantic, where as early as the late 1940s a new perspective on homosexuality emerged that framed it as a normal variant of human sexuality. This view was presented in a 1948 study called Sexual Behavior in the Human Male by American sexologist Alfred Kinsey. 57 Kinsey’s work refuted the hitherto conventional binary view between ‘normal and abnormal’ sexuality and demonstrated that homosexual activity was far from a rare phenomenon. Most notably, his research revealed shocking statistics: 37 per cent of the male

. The message was clear: homosexual men were seen to be a contagious risk who undermined post-war social reconstruction, by turning their backs on family life.76 The Kinsey Report The perception that homosexuality was a threat to the establishment was exacerbated with the publication of Alfred Kinsey’s study – Sexual Behaviour in the Human Male – in 1948.77 His data upturned all conventional notions of how the sexual universe was constructed by reporting that 37 per cent of American men had engaged in at least one homosexual experience to the point of orgasm since

’. 61 Fathers, though still clearly seen as the heads of families, could now be censured for excessive authoritarianism, indifference or not playing enough of a collaborative role in everyday family life – issues that would not have been considered a problem in 1940. 62 Fishman thus suggests that historians need to look past the conventional surface-level misogyny of 1950s discourse on the family and instead ask what was new or changing. In particular, the interest shown in the works of Simone de Beauvoir, Alfred Kinsey and

family life in postwar France, From Vichy to the Sexual Revolution , considered Dolto as part of a chapter on the influence of Freud, Beauvoir and Alfred Kinsey in the 1950s, with little reference to Dolto’s subsequent career. 46 In France, a sympathetic biography by Jean-François de Sauverzac, a psychoanalyst who knew Dolto personally, appeared in 1995, and a further uncritical book-length portrayal by a journalist, Daniela Lumbroso, in 2007. 47 Dolto has drawn critical attention from sociologists, such as Dominique Mehl

to promote studies by Alfred Kinsey, and William Masters and Virginia Johnson. Sexology The rise of the human case study was shaped by two crucial and inter­ related circumstances: its medical origins and its geography. The genre’s prestige was underpinned by the high social status accorded to the spheres of medicine and psychiatry in Germany and Austria in the late nineteenth century. Always concerned with respectability, in their moralising discourses the middle classes focused on decency and avoided excessively detailed descriptions of sexual matters (with the 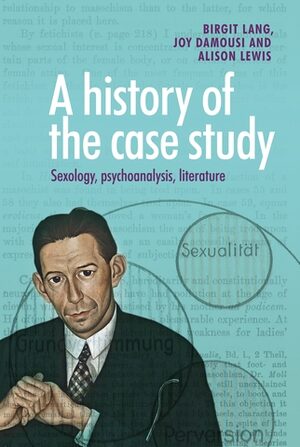