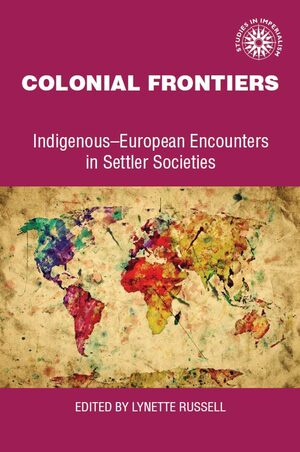 Cross-cultural encounters produce boundaries and frontiers. This book explores the formation, structure, and maintenance of boundaries and frontiers in settler colonies. The southern nations of Australia, New Zealand and South Africa have a common military heritage as all three united to fight for the British Empire during the Boer and First World Wars. The book focuses on the southern latitudes and especially Australia and Australian historiography. Looking at cross-cultural interactions in the settler colonies, the book illuminates the formation of new boundaries and the interaction between settler societies and indigenous groups. It contends that the frontier zone is a hybrid space, a place where both indigene and invader come together on land that each one believes to be their own. The best way to approach the northern Cape frontier zone is via an understanding of the significance of the frontier in South African history. The book explores some ways in which discourses of a natural, prehistoric Aboriginality inform colonial representations of the Australian landscape and its inhabitants, both indigenous and immigrant. The missions of the London Missionary Society (LMS) in Polynesia and Australia are examined to explore the ways in which frontiers between British and antipodean cultures were negotiated in colonial textuality. The role of the Treaty of Waitangi in New Zealand society is possibly the most important and controversial issue facing modern New Zealanders. The book also presents valuable insights into sexual politics, Aboriginal sovereignty, economics of Torres Strait maritime, and nomadism.

politics of loyalism to nation and empire – fully into their explanatory frameworks. To be sure, a concern with the issue of loyalism has been far more prominent in the Australian than the British literature. For example, Stuart Macintyre and others have shown that on several occasions from 1917 to the early 1930s Nationalist politicians successfully smeared the ALP as disloyal and revolutionary. 12 At the same time, however, the relevant body of Australian historiography as a whole has been concerned far more with the

perceived worlds of their past, Irish, Scottish and other settlers eventually arrived in a colonial environment which until then had only existed for them as an act of the imagination. In offering a place-centred analysis of this settler experience we have critiqued the ethnic essentialism that has characterised much settler history in general and Irish-Australian historiography in particular. In doing so, we

in more general texts, journal articles and edited collections.49 Since the 1990s, the Australian historiography of women religious hasexpanded significantly. Stephanie Burley argues in her historiographical review of this genre that ‘where initially religious, social, women’s and feminist histories influenced the writing of the history of women religious, the latter is now influencing and penetrating the original fields’. Historians of Australian women religious are exploring various methodologies and ‘benefiting from an interdisciplinary approach’.50 North

productive of socio-political conflict than in Britain. From the late 1960s to the mid 1980s Britain experienced levels of industrial and class conflict and general instability unmatched in Australia. The British labour and more general British historiography has reflected this dominant ‘bread and butter’ concern with the domestic economy. At the same time it has mirrored the Australian historiography in its general neglect of the comparative UK–Australian dimension of the politics of Cold War loyalism. As documented in the

settlement in colonial Australasia. Studies of Irish Australian historiography by Bolton, Reece and Malcolm have stressed the filopietistical character of early contribution accounts, their grounding in a nineteenth-century discourse of supposed Irish marginalisation and the subsequent emergence of a more assertive narrative which transformed the Irish from ‘passive victims’ into

parallels are sufficiently strong as to make inclusion in the volume worthwhile. Nevertheless, Colonial Frontiers focuses on the southern latitudes and especially Australia and Australian historiography. In part this is a consequence of a number of practical considerations, but it is also an acknowledgement that a great deal of fine history has emanated from post-colonial Australia which deserves to

’ between the indigenous Aboriginal people and ‘white’ ‘settlers’ and the presence and animosity towards Asian and other immigrants during the nineteenth century. The formal seal was placed on the racialised character of the country when the policy of ‘White Australia’ was adopted as a key plank of Federation and the New Commonwealth in 1901. Given this context it is not surprising that the issue of race, in addition to those of nation and empire, has strongly informed Australian historiography in general. At the