the Americans would not interfere in the British West Indies. Once war was imminent, the gloves of American concerns in the region were taken off. The outbreak of war confirmed British military and naval weaknesses, and Britain had little choice but to accede to American requests for a strategic foothold in the Eastern Caribbean. 3 In 1940 they signed the Bases for Destroyers Agreement which secured for the Americans 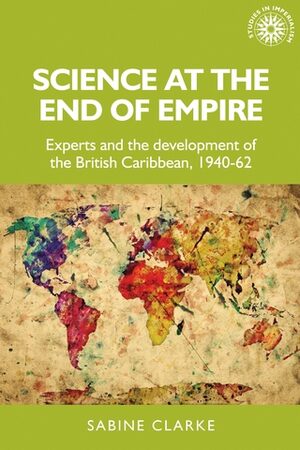 What is a West Indian?
Open Access (free)
Catherine Hall

’, Froude had written, ‘with a character and purpose of their own.’ Naipaul shared this conviction. ‘Nothing was created in the British West Indies’, he wrote, ‘no civilization as in Spanish America, no great revolution as in Haiti or the American colonies. There were only plantations, prosperity, decline, neglect: the size of the islands called for nothing else.’ Or, ‘how can the history of West Indian

labour, even before the influx of Indian immigrants from the 1850s forward. The indentured system could not have been put in place without the active support of an imperial government that saw no future without sugar for the British West Indies, and that was quite willing to compromise its laissez-faire and humanitarian credentials to ensure that future. For all its ruthlessness in pursuing free trade in

highly authoritarian, centralised and far-reaching systems of state-controlled development. The path to economic development envisaged by the CPRC and the Colonial Office had at its heart the preservation of freedom for both scientists and entrepreneurs to make their own decisions. This development vision for the British West Indies sits in contrast to development schemes where state experts oversaw an attempt at the wholesale remaking of African societies and their economic activities into something susceptible to control and supervision. 1 This extreme reordering of

Britain’s colonies through development. For historians of the Caribbean, the strikes and riots of the interwar period are a defining moment on the journey towards political independence. 4 These widespread instances of rebellion illustrate the agency of the subject populations of the British West Indies as people seized the opportunity to protest their grievances over issues such as the slow pace of political change, low wages, inadequate food and housing and the racism they experienced from their employers. 5 The consequences for the British

been established in March 1942 as a joint enterprise between the US and Britain, but its origin lay in proposals by the US government. In its first incarnation the Caribbean Commission was co-chaired by Frank Stockdale, who was Comptroller of Development and Welfare in the British West Indies, and Charles W. Taussig of the US State Department. Taussig was close to Roosevelt and had been one of the original members of the President’s ‘brains trust’, a circle of advisors that worked on the New Deal. He was a businessman as well as a political advisor and had first

colonial possessions. The provision of knowledge and advice was also an important strategy for the maintenance of British influence over Caribbean affairs at a time when these colonies were undergoing a process of constitutional reform that appointed local politicians to colonial legislatures in greater numbers. While the Colonial Office had clear preferences with regard to the way industrialisation should proceed in the British West Indies, responsibility for working out the details of policies for industrial development did not reside with officials in London but

, the medical profession in the British West Indies was dominated by Scottish and Scottish-trained doctors. Although not all medics were highly qualified, or necessarily motivated by a desire to improve the lot of the enslaved, Scots played an important role in furthering medical advances in the islands, and in communicating them to Britain. Scots and their firms contributed to the extension of 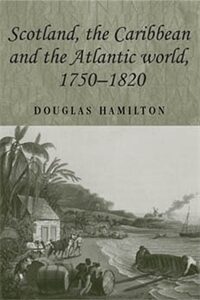