As this book has tried to show, the new depictions of naval manhood that emerged in the late nineteenth century were not a matter of the triumphant supplanting of the libertine Jack Tar for the figure of the respectable dauntless British bluejacket defending home and empire. However, what was remarkable in the late-Victorian and Edwardian period was the proliferation of positive depictions of naval

and launches of warships. 22 Representations of British bluejackets, like those of Britannia and Tommy Atkins, projected the strength of the British empire through pageantry and spectacle. Naval races between Britain and foreign nations, increased fears of invasion after the 1880s, and heightened imperial anxieties over Britain’s performance in the Boer War not only led to ever-increasing naval

’s imperial highway and the navy as the bulwark of home and empire, navalist discourse propagated images of naval men as rugged but respectable models of imperial manhood. The production of these images was not isolated to navalist literature. In fact, similar depictions of the British bluejacket circulated within advertisements and fiction of the period when the navy had achieve cult-like status. 1 The navy

For the good of the boys in blue
Abstract only
Philanthropy, Agnes Weston and contested manhood
Mary A. Conley

educated by the late Victorian period as a result of reforms such as the Education Act of 1870. 47 Personnel changes and social reforms, in addition to new technical skills required to maintain the sophisticated naval materiel of an iron man-of-war, contributed to the better trained and treated British bluejacket of the late nineteenth century. Public imagery of the naval seaman, however, did not reflect

protected several Armenians from the mobs by mounting a counterattack – a violent intervention whose details and significance have largely been overlooked in historical narratives of this period. 58 One Armenian political group was so struck by the bluejackets’ action that they wired the Admiralty with a message of thanks, reading: ‘Lords Admiralty, London. – Armenian Defence League deeply grateful gallant protection British Bluejackets Constantinople. God save the Queen!’ 59

Imperial challenges and the modernisation of the fleet
Abstract only
Mary A. Conley

introduction of a naval uniform in 1857 reinforced the distinctiveness of the naval man and created the ‘British Bluejacket’. No longer able to rely upon its older schemes of hire-and-discharge and impressment, the Admiralty was forced to rely on new methods to recruit men and to improve conditions of service in order to retain them. Fiscal constraints and conservatism within the Admiralty, particularly over

The British Empire
Abstract only
‘Dominion over palm and pine’
W.J. Reader

, however, there is no reason to doubt that conditions of life for ‘common soldiers’ improved considerably during the forty years or so before 1914. Apart from these material inducements, the rosy glow of public admiration, as imperial enthusiasm grew, began to play about the figure of the private soldier as it had long suffused the sailor. Alongside the idolised generals, Tommy Atkins emerged as a peculiarly British embodiment of the military virtues, just as Jack Tar had long symbolised the British bluejacket (and, it 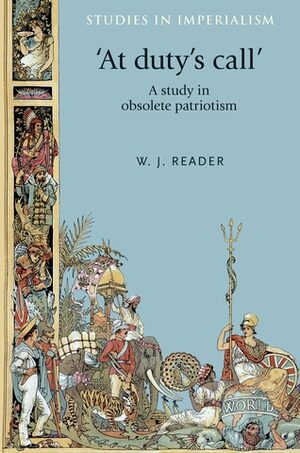