Clear All
Download Citations
Page:12345678910
‘Buffy is the slayer. Don’t tell anyone’
Abstract only
Creating a cultural phenomenon
Matthew Pateman

This chapter will look at the first three seasons of Buffy , and the ways in which Whedon was able to make the show, the character and himself a ‘cultural phenomenon’. This was an explicit desire for Whedon in relation to his first show, ‘I wanted her to be a cultural phenomenon. I wanted there to be dolls, Barbie with kung-fu grip’ (Lavery and Burkhead, 2011 : 28). The

‘I feel strong. I feel different’
Abstract only
Transformations, vampires and language in Buffy the Vampire Slayer
Malgorzata Drewniok

The TV Series Buffy the Vampire Slayer was created by Joss Whedon and aired from 1997 till 2003, spanning over seven seasons. The series’s protagonist, a young girl, Buffy Summers, is the chosen one, the Slayer, the only one strong enough to fight and defeat vampires. 1 Buffy is still hugely popular and often rerun. Although the focus of the show is Buffy and her

Joss Whedon has commented before that the title of Buffy the Vampire Slayer carries within it a clear suggestion of generic hybridity. The three main terms indicate comedy, horror and action, respectively, and taken together what the title offers is an artistic mission statement. This case study will look at one of the standard features of Buffy 's format – the exposition scene

‘How do you know what this guy’s gonna do?’
Abstract only
Producing worlds, changing worlds
Matthew Pateman

With the airing of Angel on 5 October 1999, Whedon was now the executive producer of two hours’ worth of television every Tuesday night. The five seasons that Angel ran for (1999–2004) coincide with the final four seasons of Buffy (1999–2003) and the only season of Firefly (2002). This chapter will look at the development of each of the shows, and their respective

refashioning through Gothic fictions shows no sign of diminishing. The most effective way of illustrating the perennial power Gothic bodies possess to fashion themselves anew, replaying the preoccupation with surface and depth, is through a final example. The television series Buffy the Vampire Slayer unites a number of the themes discussed in the previous chapter. Suturing the kind of American high 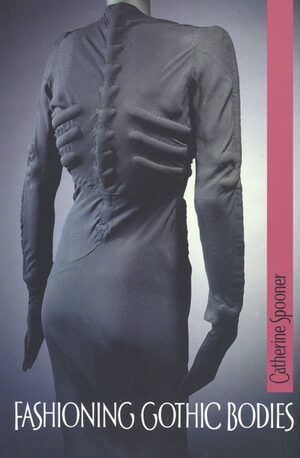 which I call an ‘adjacent adaptation’, since the adapted elements are rarely present for more than an episode and are always overshadowed by the story and character arcs of the series. In adjacent adaptation, the essential elements of a familiar antecedent text are condensed to a ‘featured encounter’ or stand-alone story. A number of series have featured ‘Monster of the Week’ episodes that reference, recreate, or pay homage to Shelley’s Frankenstein , including ‘Some Assembly Required’ (1997) from Buffy the Vampire Slayer (1997–2003) and

. In the seven years from Buffy 's beginning to Angel 's cancellation Whedon had over 150 more episodes produced than in the following thirteen years. However, this decade has seen Whedon emerge as one of the most significant figures in the US cultural landscape both in terms of his contributions to a range of media, and in his direct interventions in political debates. The main areas of his

‘I love a story with scope’
Abstract only
Angel – cross-overs, complexity and conclusions
Matthew Pateman

Angel ran for five seasons in the USA, first airing on 5 October 1999 and having its finale on 19 May 2004. It remained on The WB network for all five seasons, initially being aired directly following an episode of Buffy . This was not possible, of course, after Buffy moved to the UPN for its final two seasons. This means that for seasons 1 and 2 of Angel there was the opportunity