, 2016 ). By 1979, the agency had partnered with educational television to produce a thirteen-part series on development, and with the NFB to sponsor six films for the general public; it also published comics for children and a teachers’ guide, as well as multimedia kits (CIDA, Development Directions , May 1978: 26, 33; Marchand, 1990 ). In 1987, it hosted its own International Development Photo Library (IDPL) which became ‘the go-to resource for international development photography’ for NGOs and agencies devoted to the production and dissemination of development

Conclusion: appropriating white male fear In 2019, as we were writing this book, Marc Singer published his major intervention into comics scholarship, Breaking the Frames.1 Comics Studies has, Singer argues, often struggled under a perceived (and, perhaps, at least partially invented) sense of marginalization within both the academic community and culture at large. This fear of not being taken seriously, Singer argues, has produced a resistance among certain comics scholars towards approaches and readings that threaten to trivialize or infantilize their subject

)1 The war described above by Wells did not happen; it is a traumatic future history transmitted through dream and recorded by Dr Philip Raven, a prominent international diplomat. Published in 1933, The Shape of Things to Come probes the near future and recent past and finds only horror. In the wake of the real war, which contained nightmares unimagined by Wells, horror comics served a similar function, investigating the war, its aftermath, and the anxieties to which it gave rise. They both anticipated and documented some of the traumatic effects of the war – the

The most striking echoes of medieval Icelandic literature in contemporary American culture are several recent blockbuster movies from Marvel Studios in which the superhero Thor, brought to life by the Australian actor Chris Hemsworth, plays a prominent role. These films can be considered as adaptations of a series of graphic stories about the Mighty Thor and the Avengers that Marvel Comics started to release in the 1960s. The first tale, published in the magazine Journey into Mystery #83 in 1962, was created by Jack Kirby, Stan Lee, and Larry Liber, but the

country. The inevitability of social change, and the buried truths it threatened to unearth, was, for men like Milam, a source of horror that needed to be violently suppressed. In the previous two chapters, we have shown that horror comics of the 1950s presented a world profoundly affected by the Second World War. We have further demonstrated that, as a recurring theme, horror comics present white men as victims and women as a source of horror; women wield unsanctioned forms of power, are dangerous in numbers, actively seek to harm men and, the comics propose, must be 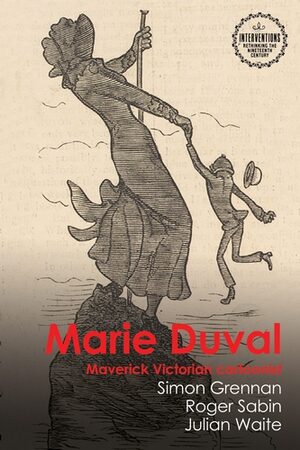